Visiting South Africa: The Best Things To See And Do

There are myriad reasons to add the Rainbow Nation of South Africa to your must visit list: five-star luxury at affordable prices thanks to an advantageous exchange rate (currently 14 Rand to $1 USD), vibrant cultural experiences, and safaris that combine pristine wilderness areas with the thrill of seeing herds of wild animals in their natural habitats.

South Africa also offers a range of gourmet delights, from the vintages of the winelands to the high-end restaurants of Cape Town. Along the way you’ll experience bustling cities, view stunning scenery, and meet diverse people who call the nation their home; in fact the more you see, the more you’ll want to explore this fascinating and diverse country.

There are so many amazing things to do in South Africa: Here are the best of them, region by region.

Cape Town And The Winelands

Take In The Views From The Top Of Table Mountain

Cape Town feels a bit like San Francisco. It’s a cosmopolitan city on the bay. You’ll enjoy spectacular views from high up on the city’s hills and there’s a wonderful wine country nearby. However, the city also boasts a completely unique natural setting: It’s in a “bowl” of sorts, with a mountain range framing it on one side, and two oceans meeting to form a watery border on the other.

To get a view of it all, ride Cape Town’s 360-degree rotating aerial cableway to the top of Table Mountain, which is considered one of the New Seven Wonders of Nature. The cableway offers spectacular views that encompass the city, the necklace of beaches around it, and the dark blue waters of the Atlantic and Indian Oceans. More than a mile of pathways weave around the mountaintop, taking strollers past 1,500 types of plants and the mountain’s indigenous resident, the rock dassie — one of the many wildlife wonders of South Africa. The animal looks like a rabbit, but is actually related to elephants.

Green waves of lush botanical wonder spill from the eastern base of Table Mountain. Welcome to Kirstenbosch Gardens, where thousands of indigenous plants flower. There’s always something abloom at this colorful park-like UNESCO World Heritage Site; in spring it’s the ideal spot to see the flowering protea, the cabbage-size national flower of South Africa.

No matter the season, pack a picnic lunch with gourmet provisions from neighboring Constantia, where wineries produce crisp chenin blancs that make for perfect accompaniment to local cheeses. Or, for more adventurous explorations, lace up your boots for a hike up Skeleton Gorge path. In summer (which in the southern hemisphere is November to March), stay late for Kirstenbosch’s summer concert series to hear everything from jazz to folk to the Cape Town Philharmonic Orchestra.

Walk In The Footsteps Of Nelson Mandela At Robben Island

To tour the jail cell on Robben Island where Nelson Mandela spent 18 years of his life as a political prisoner is, as the attraction’s website says, to feel “the triumph of the human spirit over adversity, suffering and injustice.” It’s a bittersweet journey to reach the isolated penal island in Cape Town’s bay; you’ll need to first take a ferry from the V&A Waterfront — more on that below!

After arriving you’ll be introduced to a guide, many of whom experienced the island firsthand as political prisoners. Among the sights are Mandela’s small cell, the rock quarry where he was made to break boulders, and the segregated cafeteria. An afternoon in this somber spot makes you appreciate the optimism and conviction of Mandela even more for having survived it.

The famous Victoria and Alfred Waterfront development in Table Bay Harbor is a charming port, still used by tugboats and fishermen, set in the midst of a huge entertainment venue with restaurants, pubs, specialty shops, craft markets, and theaters. In addition to a large multi-level shopping mall, highlights of the Waterfront include the Watershed building, where more than 150 local artisans sell handcrafted items.

Offerings range from ceramics and jewelry to toys and clothing. You can also visit the Cape Wheel observation Ferris wheel for a 360-degree view of Cape Town; the Two Oceans Aquarium, a great spot to see sharks and South Africa’s penguins if you can’t make it down to Boulders Beach (see below); and the new Zeitz Museum of Contemporary Art Africa, which features cutting edge art from across the continent housed in a slick modern glass silo.

The Cape Winelands comprises the wineries, restaurants, small inns, and hotels that fill the charming towns of Paarl, Stellenbosch, and Franschhoek. The towns bring a distinctly French flair to the rolling green hills (the French Huguenots planted the original vines here) in some areas, and in other spots you’ll recognize charming Dutch influences on farms and architecture.

Franschhoek, about an hour west of Cape Town, has nearly two dozen wineries and a quaint downtown filled with boutique shops and gourmet restaurants. Stellenbosch is known for its oak-lined streets and is home to around 100 wine estates. Finally, Paarl (which means pearl in Afrikaans), is home to KWV, which has a 55-acre cellar — one of the largest in the world.

Explore The Urban Art Scene In Maboneng And Braamfontein

Jo’burg or Jozi, as locals call it, used to be considered a spot to change planes on the way to other parts of southern Africa; and it’s true that for many years it didn’t have much to offer in the way of tourist attractions. However, a new surge of energy has reinvigorated the downtown area in the last half dozen years, making it a magnet for art and music lovers.

Johannesburg’s Maboneng Precinct is filled with unique galleries and live music spots, including The Living Room, known for its great music lineup. Braamfontein, another neighborhood of hip stores and coffee shops, attracts students from the local Wits University campus while the Saturday Neighbourgoods Market draws stylish shoppers from around the city.

Get A Modern Day History Lesson On Constitution Hill

Formerly used as a prison, Constitution Hill was once where hundreds of South Africa’s political prisoners were held, including Nelson Mandela and Mahatma Gandhi. Today it’s a living museum and home to South Africa’s Constitutional Court, the equivalent of the United States’ Supreme Court.

The building is completely open to the public, which is representative of the transparency of South Africa’s modern government. Visitors can tour the art gallery and explore exhibits that explain the country’s journey to democracy after apartheid. Like Robben Island, Constitution Hill is a poignant and emotional stop.

Be Amazed By Wild Animals On Safari In Kruger National Park

You’ll never forget the first time you hear a lion roar in the wild. It reverberates through your stomach and feels like you’ve been shaken slightly by the shoulders. It’s one of the many incredible wildlife experiences involved with encountering the Big Five of safari lore (lion, elephant, leopard, rhinoceros, and buffalo) on adrenaline-pumping safaris through South Africa’s spectacular Kruger National Park.

For a luxury safari experience, the adjacent private Sabi Sand area is the perfect destination for glamping. Top rangers and guides will drive you over termite mounds and through deep verdant bush in open-air Jeeps in search of wild animals big and small, or on guided walking safaris to spot large families of elephants, dazzles of zebra, and building-high giraffes. The smaller animals shouldn’t be discounted either; natural stunners like the brightly plumed lilac breasted roller will make you want to become a bird watcher if you’re not already, and even tiny bugs, like the hard shelled rhinoceros beetle, are fascinating to watch in the peaceful bush.

See The Penguins At Boulders Beach

And enjoy stunning scenery (including baboons and zebra) at the Cape Of Good Hope. If you associate penguins with cold weather, you may be surprised to learn about the large colony of African penguins (also known as jackass penguins on account of their donkey-like braying) that live on the beach about an hour south of Cape Town.

The Boulders Beach penguins are famous for their loud noises, burrowing in the sand, and other comical antics that can be observed from the long boardwalks that protect their waterside home. Continue driving south from Boulders Beach to reach the southernmost point in Africa, the Cape of Good Hope and Cape Point. Along with spectacular views, you’ll be able to spot wildlife that lives in the park, including antelopes, zebra, and some extremely cheeky baboons that have unfortunately developed a taste for snack food — so be sure to keep your goodies locked in the car.

You might not think of South Africa as a scuba diving destination, but the Mozambique Current that flows down the coast brings with it warm, tropical water. If gazing at neon-colored anemones and sculptural coral formations seems too tame, then try the ultimate adrenaline rush: shark diving. You’ll be lowered into waters teeming with great white, hammerhead, and ragged tooth sharks, with nothing between you and them but a steel cage. Needless to say, only the brave should apply. Marine Dynamics, a Western Cape-based company, is a top choice for getting face to face with the toothy predators.

Whether you’re interested in art and culture, wildlife and nature, food and wine, or shopping and city adventures, there are great experiences waiting for you in South Africa. And although the length of flights to reach the country may seem daunting — it’s approximately 15 to 16 hours flying time from the United States — airfares are surprisingly reasonable due to increased competition on the route.

Nonstop flights from New York and Atlanta to Johannesburg on South African Airways start at around $700 round-trip, and a wide array of European carriers offer flights with layovers to break up the trip, making it easier than ever to visit the Rainbow Nation of South Africa. 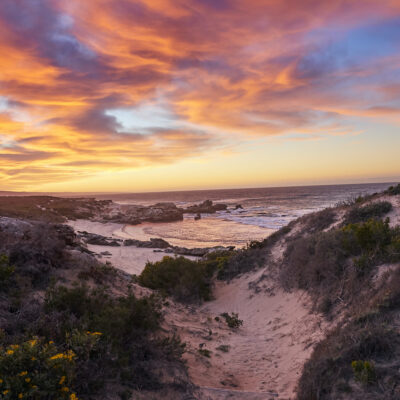 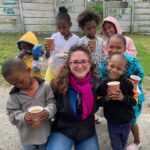 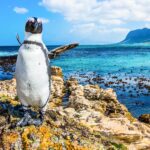 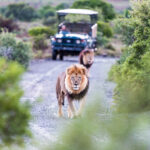