How To Get Around In Los Angeles 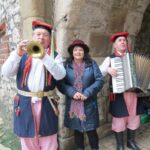 Rebecca Forstadt Olkowski
What Are Your 2023 Travel Plans?

The City of Dreams, Los Angeles, sprawls from the toney beaches of Malibu to the outskirts of the suburban San Fernando Valley, from inner-city East L.A. to the Wild West of Chatsworth. Visitors to Los Angeles will quickly learn that traffic rules commuters days and navigating the city’s immensity is complicated.

But, even though it’s a challenge, there’s so much to see and do, and you’ll want to make the most of your time in L.A., despite the city’s size and notorious gridlock. I’ve lived in the Los Angeles area since the late ’50s, so I’ve seen it change greatly through the decades — and learned the best tricks for navigating with relative ease.

What Is The Best Way To Get Around Los Angeles?

The city of Los Angeles is car-centric, so if you don’t mind driving on freeways you aren’t used to, either drive into L.A. or rent a car when you arrive.

Parking can be dicey downtown and near the beach but there are public parking garages marked with a big P that are more reasonable than private parking lots. Otherwise, be aware of parking meters, restricted permit parking in residential areas — especially Mid-City and in Beverly Hills — colored curbs, and handicapped parking.

You can find an interactive listing of Los Angeles’s public parking locations here.

How To Get Around By Taxi Service

Because the city is so vast, taking a taxi is ultra-expensive. I once had to take a taxi from Burbank Airport to LAX because I showed up at the wrong airport. It cost me $100!

Lyft and Uber are the way to go for most people. They’re everywhere. Your driver will usually show up within minutes, no matter where you’re calling from in the city. And if you opt to share a ride with others (this can be done within either app), it reduces the cost.

Another option is to rent a Zipcar. This rental alternative allows you to pick up or drop off designated vehicles at locations around the city. Zipcars are rented by the hour or the day and you never have to wait. Just apply, book, unlock the car, and go.

Getting To And From LAX

If you have a rental car, when you’re headed home, you can easily drop it off at rental car locations at LAX, then take one of their designated shuttle buses to the terminal. The airport is currently under renovation to make it easier to go from terminal to terminal and plans include construction of a transport system. For now, there are terminal-to-terminal shuttle buses, but that means walking outside the terminal and taking your luggage with you.

My favorite mode of Los Angeles transportation to LAX is to take the FlyAway Bus. I pick it up at the main hub in Van Nuys. The bus is comfortable, efficient, air-conditioned, and has Wi-Fi. There are also pick up locations in Westwood, Hollywood, Union Station, and Long Beach.

Another option is the Super Shuttle, which you share with other passengers. You can track your shuttle’s location and progress using an app on your phone. Make sure to plan enough time to get to the airport if there are multiple pickups.

How Does The Public Transportation System In Los Angeles Work?

The Los Angeles subway system, LA Metro, is a fabulous way to get to select locations within the city. However, it’s much more limited in scope than the Metropolitan Transit Authority system in New York, for example.

The Metro’s limitations can be attributed to the city’s vastness, but that doesn’t mean it’s not a great way to get around. I take it from North Hollywood to Downtown Los Angeles all the time because I can park at the station all day. Parking downtown is difficult and can be expensive, but once you arrive via the Metro, it’s easy to walk around and there are plenty of buses, ride-sharing services, and taxis available.

You can transfer to other subway lines that will take you to East L.A., Pasadena, Mid-Wilshire, Santa Monica, and Long Beach.

Note that some Los Angeles subway lines travel both under and above ground and may stop frequently for traffic. There are also designated Metro line buses that you can transfer to so you can continue your journey throughout the city and beyond.

What Should Visitors Know About The Freeway?

Los Angeles is known for its traffic — especially at rush hour. But no matter what time of day it is, always check your GPS and be prepared for unexpected accidents, road construction, or car chases. Most L.A. drivers are polite, but there will always be those who deliberately swerve in and out of traffic, are distracted, or have road rage.

If you always keep a healthy distance between you and the car in front of you and avoid looking at your phone, you’ll reduce your chances of having to deal with a fender bender during your vacation.

Other Tips And Tricks For Navigating Traffic And Transportation In L.A.

It’s best to choose your home base in an area that’s close to Los Angeles’s public transportation options and the freeway. That will make it easier to get around the city in the least amount of time. There are also areas you may want to avoid because they’re more prone to crime. For instance, Hollywood is a popular tourist destination and is close to public transportation options and the freeway. However, it’s almost always crowded, so be aware of your surroundings and make sure your valuables are stored in a safe place.

If you want a more laid back experience that’s still close to the action, consider staying in Universal City, Toluca Lake, or Burbank. They feature luxury hotels, subway stops, and freeway access, but are not as hectic as Hollywood. Universal Studios, Universal CityWalk, Warner Bros, Disney, NBC, and Griffith Park are easy to get to from any of these locales.

Beach towns like Santa Monica and Malibu are also popular with tourists and there is always traffic. If you want a relaxing beach getaway, you may want to base yourself in Redondo Beach, Hermosa Beach, or Marina Del Rey. They’re close to LAX but farther away from other parts of the city.

If you enjoy the urban experience, Downtown L.A. is rich with culture and art. Take a walking tour of the L.A. Arts District or the old theater district, visit the Broad Museum, MOCA, Disney Concert Hall, The Music Center, FIDM Fashion Institute of Design & Merchandising, Exposition Park, and much more. You’ll find amazing restaurants and plenty of bars and nightclubs. Perch, Upstairs rooftop lounge at the Ace Hotel, and Oue Skyspace are examples of establishments that have spectacular rooftop views of the city.

No matter what mode of Los Angeles transportation you choose or where you stay, you’ll enjoy the rich diversity, mild weather, and excitement that L.A. is known for. 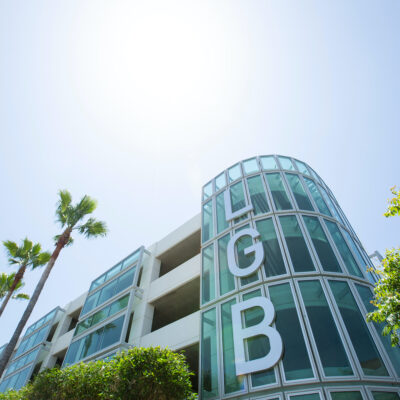 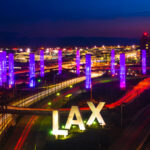 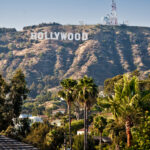 Los Angeles10 Tips For The Best Views Of The Hollywood Sign 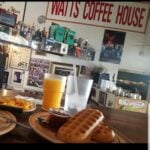