9 Amazing Things To Do In Budapest

Budapest, Hungary, known as the Paris of the East, is teeming with unique history, delicious food, exciting and free attractions, one-of-a-kind nightlife, and plenty of things to see and do.

Read on to discover the most amazing things to do during a trip to Budapest.

1. Take A Dip In The City’s Famous Thermal Baths

If you’re planning a trip to Budapest, you’ve probably heard about the city’s famous thermal baths. Hungary has an estimated 1,000 natural spring water sources, and Budapest is sometimes called the City of Spas.

Of the city’s many hot springs and bath complexes, the Széchenyi Thermal Baths are undeniably the most popular and well known. One of the largest bath complexes in all of Europe, Széchenyi offers 21 pools in addition to health and wellness services such as saunas, jacuzzis, a whirlpool, steam chambers, massages, and mud treatments.

Some of Budapest’s most unique features are its ruin bars. Predominantly located in Budapest’s old Jewish Quarter, which was left to decay after World War II, the city’s ruin bars were built from the remains of abandoned buildings, stores, and lots. Szimpla Kert was the first of many ruin bars, many of which now attract large crowds seeking laid-back, artsy atmospheres.

Mismatched antique furniture and random artwork are staples of Budapest’s ruin bars. Call them hipster if you must, but it’s difficult to deny that the Hungarian capital city’s ruin bars are original and indescribable.

Budapest is home to some of the most incredible castle complexes on the planet, namely Buda Castle and Fisherman’s Bastion, two of Budapest’s most popular attractions.

The Buda Castle Quarter, a castle and palace complex that was once home to Hungarian kings, is a UNESCO World Heritage site. Constructed in 1265, this stunning baroque landmark comprises historic sites and attractions, interesting museums, a variety of cafés and restaurants, and the famous Matthias Church.

Fisherman’s Bastion features several 19th-century lookout towers that offer some of the best panoramic views of the city. The beautiful white castle was built in the neo-Gothic and neo-Romanesque styles. Travelers can spend hours soaking up the sun and gazing upon the iconic Danube River.

4. Cruise Along The Danube River

The Danube River is one of the longest rivers in all of Europe, second only to the Volga. This iconic river is particularly stunning in Budapest, and many travelers won’t leave the city without embarking on a Danube River cruise.

5. Shop Till You Drop On Váci Street

Váci Street, Budapest’s main pedestrian thoroughfare, is one of the world’s most attractive shopping streets. It is arguably Budapest’s most famous street and is lined with numerous cafés, restaurants, and shops, including Zara, H&M, Mango, Esprit, Hugo Boss, Lacoste, and Nike.

While Váci Street is consequently quite touristy, it’s worth seeing at least once.

Hungarians love telling tourists about the time Queen’s Freddie Mercury tried to purchase the Hungarian Parliament Building. The historic edifice has been around for more than 100 years.

The Hungarian Parliament Building is located in a square named for Lajos Kossuth, the governor-president of the Kingdom of Hungary during the Hungarian Revolution of 1848-1849. Kossuth is widely honored in Hungary as a freedom fighter and promoter of democracy.

The Hungarian Parliament Building welcomes nearly 700,000 visitors per year and offers tours from 8 a.m. to 6 p.m. each day.

7. Go To A Concert At The Hungarian State Opera

Completed in 1884, the Hungarian State Opera House, also referred to as the Magyar Állami Operaház, was designed by architect Miklós Ybl. Ybl was one of the greatest Hungarian architects of all time, and the opera house is considered one of his best works. The structure features both neo-Renaissance and baroque elements and has the third-best acoustics in Europe (the first- and second-best acoustics can be found at the Scala of Milan and the Palais Garnier of Paris, respectively).

Budapest’s opera house is best known for its production of The Nutcracker, but you may have a difficult time fighting locals for seats to this renowned Tchaikovsky ballet.

Situated in the middle of the Danube in the center of Budapest, Margaret Island spans 1.6 miles. Its beautifully landscaped parks offer recreation for locals and tourists alike.

Visitors can climb Margaret Island’s water tower, rent a cyclo-pousse or bringo cart, take a dip in the Palatinus Bath, visit the rose and Japanese gardens, or stroll through the island’s unique ruins.

A beautiful body of water situated about 30 miles southwest of Budapest, Lake Velence is known for the beaches on its southern shore, particularly the beaches near Gárdony, Hungary.

Lake Velence is one of Hungary’s most popular holiday getaways. It is known for its warm water; in fact, it is one of Europe’s warmest lakes. Locals love to vacation here, and there are several beaches surrounding the lake, including free and eco-friendly beaches. During the summer, concerts and other events are held at the beaches.

If you plan to rent a car during your stay in Budapest, you can reach Lake Velence in about 40 minutes. Make sure you have some coins in your pocket, though — the route from Budapest to Lake Velence includes tolls.

Travelers can also reach Lake Velence by taking the Z50 bus from Budapest’s Ferihegy Airport, transferring to the G43 bus at Kobánya-Kispest, and getting off at the Gárdony stop. Getting to the lake this way will take 1 hour and 20 minutes. 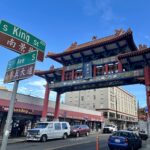 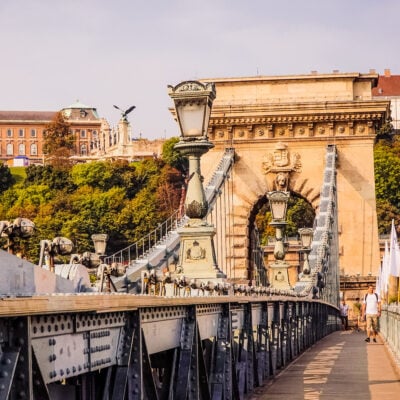 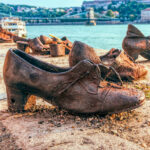 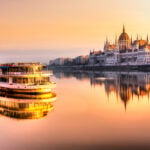 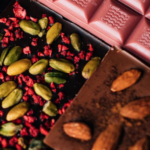