“Look out for the lions!” my students cheerfully screamed the day I left for Africa. I was a proctor in a university dorm, and my students seemed awfully optimistic about my chances of encountering a man-eating beast. But as anyone who’s lived in sub-Saharan Africa will tell you, there are some days when you’d happily take on a lion or two to gain a respite from the bugs, and this was especially true for me. The pinnacle of my bug battle came during my second week in Malawi. I stepped into the concrete shower and pulled the plastic curtain over to cover the opening. Nestled in the moist folds was the largest cockroach I’d ever seen, and the rapid motion of the shower curtain launched him onto my chest!

Shrieking like the traumatized girl that I was, I flung the beastly thing across the room, where it angrily hissed at me from the corner. Gathering up my towel and my dignity, I summoned my roommate and ordered him to slay the intruder. Cockroaches are not so easily killed, however, and in the end, we settled for using a metal spatula as a guillotine. The cockroach was executed on the spot!

After that, I adopted a wary and standoffish attitude toward the insect community. I was guilty of bigotry toward all insects, and I judged them harshly based on the loutish behavior of their cockroach brethren. On a theoretical level, I appreciated the valuable role insects play in our ecosystem, but that conceptual esteem never translated into real-life respect.

Looking to become a better person — or at the very least a more confident traveler — I visited the Insectarium at the Montreal Botanical Garden. Montreal isn’t the first destination people think of when they imagine unusual insects. For one thing, the city’s frigid, snow-laden winters mean that only the heartiest of critters can survive. And for another, the urban environment just doesn’t lend itself to thoughts of jungle journeys and rainforest treks. But Montreal’s Botanical Garden is one of the loveliest in the world, and it is filled with creative, engaging ways to encounter science and nature. The Insectarium is no exception. In this city of hockey rinks and cobblestones, it’s a special corner devoted to terrariums and taxidermy. The Insectarium is the largest insect museum in North America and has been welcoming families and curious visitors to explore its 250,000 specimens for nearly 30 years. It’s a world-class museum in a world-class city. But I was an out-of-this-world wimp, traumatized by the memories of a cockroach attack. Would it really be the place for me?

Despite a few (okay — many) reservations, my visit to the Insectarium was a fascinating experience! I was amazed at the incredible array of preserved beetles, moths, and butterflies on display. Their colors and markings were truly stunning. So far, so good — no residual fear and no triggering memories of a certain sub-Saharan enemy. But it’s easy to be generous and forgiving when the bugs are so pretty — and, frankly, when they are dead. There’s nothing to fear when they’re placed in a shadow box!

It was more difficult to see the majesty of the less attractive insects, even when they were preserved in the same way as their more attractive counterparts. Those jaws! Those pincers! So many slithery legs and sinister feelers! But the Insectarium did a great job of sharing cool facts about the different specimens and making the information panels fun, interesting, and easy to read.

Most fascinating of all were the LIVE residents of the Insectarium — yes, there were creepy-crawlies aplenty! Fortunately, they were secured in their respective habitats with no threat of escape. My favorites were the insects with the ability to camouflage themselves. I had a great time trying to distinguish the bugs from the branches, and it was neat (and a little disturbing, too) to see the bugs melt into their surroundings. And watching the kids around me squeal with delight reminded me that, when you set aside your fears, insects really are remarkable.

Visiting the Montreal Insectarium taught me two valuable lessons. First, you can really enjoy travel experiences outside your comfort zone. I wasn’t expecting my visit to the Insectarium to be so interesting and enjoyable. Now it’s one of the top things I suggest to my friends heading to Montreal — and something I’m always on the lookout for when I visit other cities. Thinking — and visiting — outside the box is a good thing.

Second, I learned not to worry about the everyday insects I encounter. There are much scarier ones hiding out there in the wild! Cockroaches are just the tip of the iceberg when it comes to the insect world, and if I can handle them, I can handle anything. 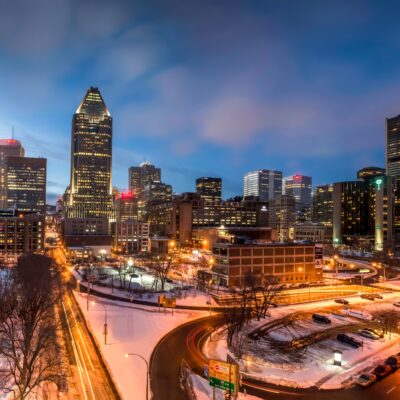 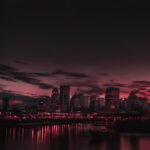 MontrealBiospheres & Basilicas: 5 Things To Do In Montreal 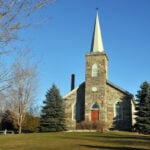 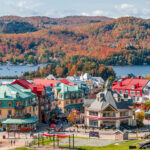