Seeing The Pyramids: Is It Worth The Hassle?

Egypt’s Pyramids of Giza were built some 4,500 years ago. This site is not only one of the ancient world’s best-preserved wonders, it is also a destination many travelers yearn to see. From the time we are school children, this is one of the main societies we learn about. We are taught about the pharaohs and their deity-manifesting tombs. Our teachers guide us in forming our names in hieroglyphics; we soak in the beauty of the royalty’s golden head masks and thick charcoal eyeliner. We close our eyes so hard our eyelids tremble, imagining ourselves in that far-off land. Sand is beneath our feet, wild camels roam by, and it’s just us and the three towering pyramids of massive stone bricks.

But we get older, we become more aware of the world’s ways, and we realize that Egypt as a country isn’t necessarily a dream destination. Current day Egypt isn’t as glamorous as it seemed thousands of years ago (at least for the pharaohs). 40 percent of its population lives in poverty, getting by on less than one U.S. dollar per day. It’s not always an easy go for travelers, safety concerns linger, and yet places like Giza are still flooded with tourists. In these less-than-ideal circumstances, is it still worth the bother to see the pyramids?

After a stop-and-go hour and a half 45 ride, we pulled up to the first place there was a driveway. Sand flurried around and into the car as my Uber driver rolled down his window. He addressed the bearded man to his left, dressed in a long white gallibaya. Though they spoke in Arabic, I could tell by my driver’s intonation that he was confused. He seemed torn between heeding this guy’s directions or doing what I asked of him; his number of stars depended on.

“Sir,” I said as I rolled my own window down like a car in the 1980s. I looked up into his hard, dodging eyes and the wrinkles that creased his weathered skin. “We need to find the entrance. That’s all. Where do we go in?”

“No, madame, here is the entrance. You choose horse, camel ride, or guide.” His eyes rested upon mine for a few seconds, irritated that I’d have the audacity to speak up.

“No other option, madame.”

I sighed deeply, looking down at Google Maps on my phone. According to the GPS, we were just past the entrance. There was no way I was getting out here and paying for a tour I didn’t want or need.

“Please, driver,” I called my driver by his name that is now forgotten. “Please listen to me. Can you take me a few meters back? I think I know where the entrance is.”

He hesitated, protested politely, but eventually took me to where the entrance really was.

No, of course I didn’t need to hire anyone- human or animal- in order to see the pyramids.

The Reality of The Great Pyramids of Egypt

Half an hour later, after waiting in line and paying the 80 Egyptian pounds to enter, I walked into what should have been a vast, empty space. It should have just been me, the sand, the heat, and the pyramids. I’d dreamed of this since I was a little girl skipping school with my mom and aunt to see the Rosicrucian Egyptian Museum in San Jose. But this wasn’t anything like I’d imagined. The fairy tale didn’t exist.

The pyramids were little lumps off in the distance, and instead, there were hawkers demanding I buy something, anything, surrounding me. Even more men waited behind them, dragging their gangly camels toward me with rusted chains. Tourists in bright orange or green or pink t-shirts passed by in droves, climbing up onto structures with clear signage that read “Do Not Climb or Touch” in a handful of languages.

I pulled on my black shirt and reminded myself to breathe. Granted, I had come here in the afternoon, when tourism is supposed to heighten. Nonetheless, here I was, seeing one of the wonders of the world, achieving a childhood dream, and I was hating my experience. If it would have been any other landmark, I would have left.

Why was I being harassed? Was it because I was traveling alone? Was it because I was female? Was it- no, nevermind. I closed my eyes, took a deep breath, and told the man standing in front of me, “Etrokni wahdi.” I’d only been in Egypt for a week and a half, but I had already used this Arabic phrase, which meant, “Please, leave me alone,” too many times to count.

After the revolution in 2011 and the coup in 2013, Egyptians remain unsettled and tourists frightened to visit. Every Egyptian I sat down and conversed with brought up memories of this time with no probing on my own. Citizens lamented not only what was deemed a civil war, but also how much tourism had been thwarted five years later. Time had passed, but governments still plastered warnings on their websites: Egypt is unstable and not deemed fit for tourism.

Because of this, prices dropped (or was it that their currency continued to lose power?) and hotels emptied. While the flights from the United States or Europe to Cairo may have continued in their steepness, overall cost of traveling throughout Egypt has plummeted for Westerners. This explains why, even though Egypt is still on several countries’ tourism warning lists, droves of people still turn out at places like the Great Pyramids of Giza.

There were many times in the country that I felt deeply uncomfortable as a solo female traveler, and most women I met felt the same. I wouldn’t recommend that women travel to Egypt alone, but that doesn’t mean that I feared for my life. I don’t believe that Egypt is an unsafe destination; rather, its lack of active tourism, and therefore economy, make street vendors and tourism companies alike more aggressive. People are kind, but there’s desperation in the air.

Is It Worth The Hassle?

After spending a month in Egypt, I’m convinced that visiting the pyramids was worth the hassle. And, yes, the word “hassle” made several appearances in my journal. To be honest, Cairo is one of the ugliest cities I’ve ever visited. It’s crumbling, congested, and so polluted that the rain falls in black droplets. Nevertheless, it has a rough-around-the-edges-charm peppered in its alleyways, bazaars, and cafes. People here earnestly want you to have the best experience in their country. Middle Eastern hospitality lives up to its name. Times are tough, so expect to be pestered when you visit with a Western passport.

Travel is not always meant to be easy or comfortable. At this point in time, Egypt is neither of those. To the west, you have Libya, which is still torn from its 2014 civil war. And even in eastern Egypt, where the country meets Israel, there are major safety concerns. A mosque in Sinai was bombed and over 200 people were killed when I was in the south of the country. You have to do your research and know which areas to avoid.

We live in tumultuous times. Governments around the world are not stable or even clear on what their intentions are. While visiting Egypt may not be a sanctuary-escape, like traveling to Scandinavia or Hawaii, it’s not meant to be. Sometimes, places are meant to be visited because they make you think, not because they’re fun or enjoyable. Ancient Egyptian cultures certainly did not exist- and were not preserved- for entertainment purposes.

If you are truly interested in one of the world’s most ancient, sophisticated cultures, you’ll be intrigued enough to realize that this trip is worth every penny, every worry, and every annoyance. Consider the “hassle” paying your dues to see one of the most important places on earth. And after you see the pyramids, be sure to head down to Luxor to see the Valley of the Kings.

Have you been to the Pyramids of Giza recently? What was your experience? Do you think visiting is worth the hassle or not? 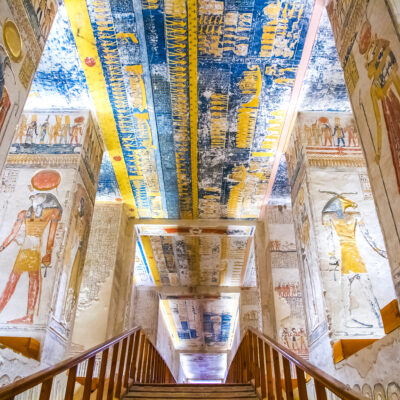 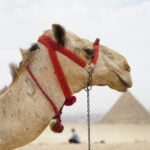 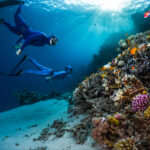