Europe’s 2019 Capital of Culture, Plovdiv, Launches A Year of Programing

After four years of preparation, Plovdiv is ready to launch some 300 projects and 500 events as one of 2019’s European Capitals of Culture.

The first Bulgarian city to be awarded the prestigious title, Plovdiv claimed the honor over their nation’s capital, Sofia. But in many ways, Plovdiv has been a leading European cultural mecca for millennia. In the first century, Plovdiv was known as Philippopolis, after Philip of Macedonia, and it was a city of power, influence, and trade. Several established archeological digs, which date ruins to this time period, have gained renewed interest with the activities surrounding the Capital of Culture celebrations. One, in particular, is across from the central post office and Plovdiv’s main municipal building. Original clay pipes, still intact, showcase the ancient city’s water lines which highlight the importance that the Roman’s placed on Plovdiv.

While it would be tempting for Plovdiv to rely on history and antiquity to encourage tourism – after all, they are home to the world’s best preserved ancient Roman amphitheater – the Plovdiv 2019 organizing committee has taken a decidedly modern approach. The 2019 Capital of Culture program is structured in four thematic platforms: Fuse, Transform, Revive, and Relax. Events and activities are just as likely to center around swing dancing or showcasing segments of art from the Berlin Wall as they are to focus on the venerable Odeon in the city centre.

Some of the more unique programming highlights include an exhibition entitled “Smoke. Tobacco Stories”. For decades, Plovdiv was a tobacco processing city. In fact, it’s often described as being in the city’s DNA and it’s nearly impossible to find a Plovdiv resident who isn’t connected to the industry in some way. Today, the once-grand tobacco warehouses are a bit worse for wear but they are slowly gaining new life and purpose in Plovdiv. “Smoke. Tobacco Stories” uses multimedia to explore the history of Plovdiv through the tobacco industry.

Another equally unique and “Plovdivian” project is called “To Learn from Stolipinovo”. Plovdiv is home to the largest Roma community in the Balkans, perhaps all of Europe, and as with many cities, there is a sharp geographic and social divide from the rest of the community. In cooperation with the Stolipinova Roma community, an art installation in the form of a functional but temporary bridge at the river bank looks to explore these themes of divide and connection.

Travelers who can’t squeeze in a visit to Plovdiv before the year is out can take comfort in the fact that many of the festivals organized as part of the 2019 celebrations are already in talks to become annual events. 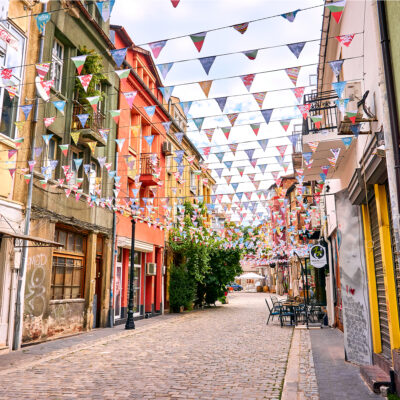 BulgariaWhy This Is My Favorite Lesser-Known European City To Visit