People around the world are mesmerized by California and have been for ages. It’s not just Hollywood that has created this sensation, though it has certainly contributed. With relatively perfect weather, a melting pot of diverse cultures, and topographical diversity, it’s a traveler’s dream.

But there’s something apart from eternal sunshine and picturesque landscapes that has drawn people west since the gold rush. There’s a perfect alchemy in this state that provides nurturance for artists of all kinds.

From the warm, sandy beaches of San Diego to the snowcapped mountains of Mt. Shasta, writers have flocked to California for ages. Whether it’s to meet like-minded authors, soak up inspiration, go a little mad, or hide out in a cottage, this state continues to be a literary hotspot. If you’re familiar with literature, names like Jack Kerouac and John Muir should ring a bell. Perhaps their writing styles didn’t collide, but their interest in the golden state certainly did. Not all who wrote here were native Californians, but their work left an indelible impact on the state.

If you’re looking for literary inspiration of your own, or simply want to see where these legends hung out, here’s where you need to go. For the first part of this article, we’ll explore Northern California. Grab a map, pack your sunscreen, and don’t forget your notebook: these literary landscapes might bring you closer to your muse.

“The mountains are calling and I must go.” If you’re a traveler with a pulse, you’ve heard this quote. You also know that John Muir was a boundary-breaking explorer who helped establish many of the U.S.’s national parks. Even though he was born in Scotland, Muir moved to Martinez, California when he was a pre-teen and fell in love with the Sierra Nevada.

After exploring Northern California’s mountain ranges as a sheepherder, the future Sierra Club founder decided to make Yosemite his home. He wasn’t just a writer; this man was a builder, an inventor, and a wilderness preservationist. As such, his elaborate home reflected his diverse interests. The journey there requires a keen sense of adventure and can be quite perilous. If you’re not up to visiting his original Yosemite cabin, you can always head to the John Muir House, which was built in 2009.

Visit the house that “John of the Mountains” lived in with his wife, learn about his conservation accomplishments, and wander through nine acres of orchards. While on the grounds, you can also hike up Mt. Wanda, which was named after John’s daughter, and accompany a ranger to see his last resting place.

Recommended reading: The Mountains of California.

Bay Area native Jack London was one of the first — and most famous — explorers in the U.S. to make a living from writing. He quit school at the age of 14 to see what he could discover across the bay in San Francisco. His travels would eventually lead him to Japan, Alaska, Cuba, and beyond, but he always returned to California.

This massive plaza in Oakland is the East Bay’s only waterfront open to the public. While it’s now filled with restaurants and shops, this is where Jack London spent much of his childhood. It was here that he survived off stolen oysters and gathered material for stories like The Sea-Wolf. The commercialization of this space makes sense, as London himself was able to profit from his experiences here. Don’t miss Cedric Wentworth’s lifelike bronze statue of London, near Broadway, gazing beyond the waterfront.

If you’re going to Jack London Square, it only makes sense that you head to Heinold’s. Also known as the Jack London Rendezvous, this was where the writer would come to drink and take notes for his novels. Supposedly, this bar is where The Sea-Wolf and The Call of the Wild were created. If you don’t believe the hype, London mentioned this saloon — built from the remains of a whaling ship — repeatedly throughout his autobiography, John Barleycorn.

During the Yukon Gold Rush, London spent the winter of 1897-98 in the Alaskan Klondike. He stayed in a log cabin, working on The Call of the Wild. It wasn’t until 1968 that a businessman stumbled upon the abandoned cabin and discovered London’s signature etched in the wood. Half of the logs were sent to Oakland and the other half to Dawson Creek, Canada. It is here, just beyond Jack London Square, that a replica of London’s Klondike cabin is constructed.

Recommended reading: Call of the Wild, The Sea Wolf.

One of the most underrated Beat poets has also been the most influential. Writer, painter, and traveler, Ferlinghetti is also a businessman (and one of the remaining Beat writers still alive). In 1957, Allen Ginsberg’s “Howl” was on trial for obscenity. Sensing a need for a more independent publishing company — one that wouldn’t tolerate censorship — Ferlinghetti founded City Lights Books.

Whether or not you follow the Beat Generation writers, a visit to San Francisco’s City Lights is imperative. Established in 1953, this two-story historic landmark in North Beach continues to thrive. As the U.S.’s first bookstore to feature all paperbacks on its shelves, it continues to promote lesser-known or controversial poets and political voices. Check the schedule to see if you can catch one of its events.

Not far from City Lights is the North Beach Branch Library. While there is plenty to discover inside, Bill Fontana created a one-of-a-kind “sound sculpture” that features the hums and echoes one can hear throughout the neighborhood. Unsurprisingly, the “Sonic Dreamscape” features Lawrence Ferlinghetti reciting one of his poems. Indeed, North Beach — and the Beat Generation — wouldn’t have been the same without him.

Jack Kerouac: need I introduce the man? The famous Beat, originally from Massachusetts, who decided to get his kicks while digging the North American landscapes with his friend and muse Neal Cassady. The “On the Road” guy who made stream-of-consciousness hip and established a lengthy Duluoz Legend. Kerouac took road trips to a new level, inspired the Beatnik movement, and continues to urge people to get up and travel through his pages.

Even though he never lived in the Bay Area, Kerouac’s presence remains almost everywhere. As you exit City Lights, turn right and you’ll come upon Jack Kerouac Alley, established in 1988. If you walk too far, you’ll miss it. Though the road is short, its importance is immense, connecting North Beach to Chinatown with various Kerouac memorabilia along the way.

Established in 2006 as an ode to the Beats, this museum is a must-see for any bibliophile passing through the era. Don’t just stop in front for the photo opportunity with Jack and Neal’s mural; dive in to discover a myriad of 1950s, Beat-related memorabilia. Head to the “On the Road Exhibit” for vintage photos and paintings. You’ll also find countless foreign editions and translations of Kerouac’s wildly successful autobiographical novel.

As I stated, Kerouac never really lived in the Bay Area. For much of his traveling days, he didn’t truly reside anywhere. He’d often stay long periods of time with his friends wherever they were living. Such was the case when he took refuge in the Cassady home. Neal Cassady was the true inspiration behind On the Road. He was Dean Moriarty, Kerouac’s hero and muse. It was in this attic that he stayed for several months in 1952, penning Visions of Cody, based on Neal.

P.S. The females behind the Beat Generation — the women who made the males’ exploration possible — are often overlooked. You can read about Carolyn Cassady’s experience in her own book, Off the Road: My Years With Cassady, Kerouac, and Ginsberg.

Big Sur was one of Kerouac’s last — and most depressing — works. Nonetheless, his poignant descriptions of nature and emotion are hauntingly beautiful. While holing up in Ferlinghetti’s cabin in Big Sur, he immersed himself in the picturesque dangers of the coast, avoiding the fame he had once adamantly sought. While you can’t currently visit this cabin, or the canyon from which he listened to the ocean’s waves, you can visit Bixby Creek Bridge for panaromic views. Walk Kerouac’s former stomping grounds on the Old Coast road and hike up Pfeiffer State Park’s mountains as he did.

After dropping out from Columbia University, it wasn’t long before Ginsberg would soon make the Bay Area his home. Grappling with genius, political plight, and madness, he never failed to push the boundaries of expectation within his art and life. His poem, “Howl,” was one of the reasons that City Lights now exists, after all.

Crossing Jack Kerouac Alley from City Lights, you’ll find a funky, two-story café known for its adult beverages. Decorated with old photos — many of them Beat-related — unique mirrors, and colorful characters, it’s a spot that showcases San Francisco’s idiosyncrasies and intriguing past. Ginsberg, Kerouac, and Cassady, among others, used to hang out here, philosophizing about life and language. In fact, this was the last stop before Ginsberg’s first-ever reading of “Howl” at the now-defunct Six Gallery.

While taking peyote, Ginsberg had a haunting vision of a hotel. It wasn’t until after “Howl” that he visited the Sir Francis Drake Hotel, immediately recognizing its walls from his trip. It was here, in his hotel room, that he commenced writing the second part of the poem, entitled “Moloch.” It seems ironic that “Moloch” would harshly criticize capitalism, as the Sir Francis Drake is now one of San Francisco’s most luxurious hotels.

If you’re super keen on Ginsberg and his genius poetry, you can follow in his footsteps around San Francisco throughout the writing process of “Howl.” The Washington Post had deemed this “The Howl Tour of San Francisco.”

Northern California has seen so many talented writers pass through its landscapes, forever changing how its cities and natural wonders will be seen. Of course, the above is just a limited sampling of writers from the 19th and 20th centuries. Many writers continue to choose the Bay Area as home, inspiring others to see the Golden State through their artistic lenses. 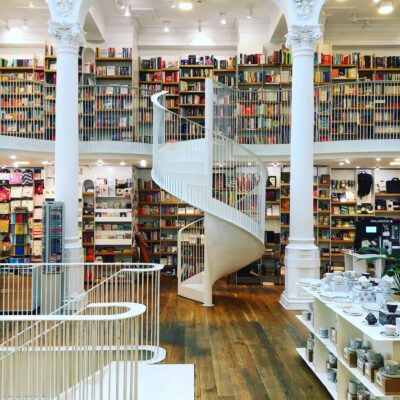 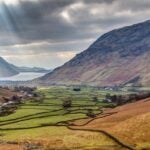