When you travel during the holidays, beloved customs are often left behind. Exploring the traditions of your destination is a great way to get into a festive spirit and learn something about a foreign culture. Here are some Christmas traditions to experience should your holiday travels take you to England.

You’ll find performances of Christmas music by choirs and orchestras in churches, cathedrals and concert halls across England. Some performances are free, others require ticket purchase. If you head to Trafalgar Square in the heart of London, you’ll hear different groups sing carols around the Christmas tree. But the real English Christmas experience comes when you sing along at one of the many carol singing events that are part of the English Christmas tradition.

Churches, from small country chapels to grand cathedrals such as the famous St. Paul’s in London, hold special carol services. An evening candlelit service inside a centuries-old place of worship can elicit an awe-filled spirit of the season. Other historic venues host carol evenings. Imagine the delight of singing Christmas carols accompanied by a philharmonic orchestra in London’s majestic Royal Albert Hall.

But, perhaps, it is the caroling in less formal atmospheres that will bring the greatest joy and most authentic experience as the tradition of local voices joining in song lives on. Religious Christmas carols and popular Christmas songs are both sung at village hall carol nights and pub sing-alongs. Look for notices in local papers and check the schedules at favorite pubs.

The German-style Christmas markets with wooden chalet stalls that have been an European tradition since medieval times are relatively new in England, dating only to the 1980s. Despite this short history, there are several great markets. Birmingham has the largest Christmas market outside of mainland Europe. Winchester’s Christmas Market is located on the grounds of Winchester Cathedral, where the stone walls of the longest medieval church in Europe form a backdrop. Other places known for their Christmas markets include Manchester, Bath, Liverpool, Kingston-upon-Thames and London’s Southbank Centre. These markets typically open in late November and run until shortly before Christmas. Look for a wide array of art work, crafts, decorations and food. Nibble on roasted chestnuts and sip mulled wine.

Although the German-style markets are not an ancient English tradition, England’s market history is centuries old and can be found in the one to four-day markets held in villages and towns across the country. Stalls lining main streets offer a dazzling array of local products, artworks and food items. You may even come across a living Nativity scene with live sheep and a donkey.

If you enjoy touring palaces, manor estates, and historic stately homes, you’re in for a special treat during Christmastime. Many of these places decorate elaborately for the season and offer tours. Some adopt Dickens or fairytale themes. Others decorate in period styles ranging from Georgian to Victorian to the 1930s. Some also hold Christmas activity workshops, concerts and other events. The State Apartments at Windsor Castle, one of the Queen’s royal residences, are lavishly decorated from late November to early January.

Check individual websites for details. If you want to locate a heritage home near you, check National Trust and English Heritage, two organizations that each manage a large number of historic sites.

Pantomime, family-oriented musical comedy theater, is another English Christmas tradition. Plots are based on traditional children’s stories but with a number of twists, scenes you’re unlikely to find in the original tellings, and zany antics. Not to be confused with mime, a silent performance of actions without words, pantomime features musical numbers, men playing female roles and vice versa, slapstick comedy and, silly jokes with hints of sexual innuendo.

Audience participation is a hallmark of pantomime. You are expected to boo and hiss enthusiastically at the villain. Sometimes you will be asked to warn the actors of impending danger. Often you will argue with the hero about what he should or shouldn’t do with a back-and-forth exchange of, “No, you shouldn’t,” and, “Yes, I should.”

“Panto” season runs from late November into February, with performances staged both by professional and amateur theater companies. Should you go to the pantomime? Yes, you should. It’s a lot of fun.

Mulled wine and mince pie are staples at every event, from carol sing-alongs to markets.

Mulled wine is heated wine, usually red, flavored with spices and sweetened. It may contain a touch of citrus and a dash of cloves, cardamom, cinnamon or ginger. Sometimes, brandy or a liqueur is added.

Mince pies are sweet tarts filled with a mixture of dried fruits and spices called “mincemeat.” Despite the name, there is no meat in the mixture. Its origins go back over 500 years when mince pie was a savory main course containing mutton preserved with fruit and spices. Over time, the dish became smaller with more spices and fruit. The meat gradually disappeared and mince pies became a dessert item. Today, numerous recipe variations exist using different combinations of spices and fruit.

English food in general kind of gets bad PR, but that isn’t necessarily fair.

“There’s a bias in the US that England has bad food,” says Susan Lanier-Graham of Wander With Wonder. “There are amazing international restaurants in England. Go into the neighborhood restaurants and avoid the tourist areas.”

Christmas Day in England is a day for dinner with the family. Dinner may be turkey, goose, or roast beef with potatoes, brussel sprouts, parsnips, and plum pudding for dessert. A number of restaurants and pubs host special Christmas Day dinners with reservations required in advance.

Television stations air Christmas specials and movies. Tune in to the “telly” at 3:00 pm to hear the Queen’s Christmas Message. She generally combines highlights of the year’s major events with personal milestones and feelings in her ten-minute address to the Commonwealth.

Boxing Day, the day after Christmas, is a holiday in England. Potential explanations for this day off are that it was traditionally a day off for servants when they received Christmas boxes of gifts from their master, or that it was the day boxes set in churches to collect money for the poor at Christmas were opened.

Today, while stores in smaller towns and villages remain closed, shops in larger centers run Boxing Day sales. Traditional Boxing Day activities include fox hunting, now controversial and less common, and going to the races. A long-standing Boxing Day tradition still popular with many is going for a walk. Head into the countryside or the nearest park and walk off the previous day’s feast. 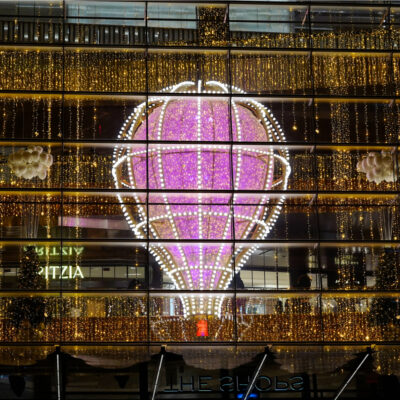 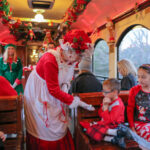 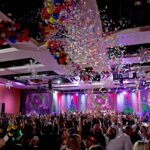 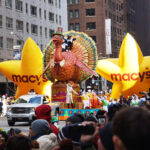