Solo travel used to be the stuff of lore, only something that lone men like John Muir or Henry David Thoreau would even begin to attempt. There was a stigma — or at least a fear — that surrounded setting off into the unknown without a companion. To do so was to ostracize oneself from one’s own society, to venture into uncertainty when the only sure thing was that there would be obstacles to face. You didn’t know who (or what) you would encounter in strange lands, and that was as frightening as it was thrilling.

Nowadays, however, more and more people are packing their bags and heading out to a myriad of destinations — from safer choices like low-crime Scandinavian countries to others filled with political turmoil or spiritual quests like El Camino — by themselves. Whatever the motivation, people of all ages are learning to embrace solitude and the benefits of traveling solo. It is estimated that 65 percent of solo travelers are female and 40 percent of baby boomers have traveled alone within the last year.

In this article, we’ll explore the best destinations for solo travel. If you’ve always been curious about taking a journey alone but have never mustered up the courage, these locations are great places to start. They’re safe, friendly, and most of all, they have plenty for the lone adventurer to do. More than likely, you’ll begin your journey alone, but you will leave with lifelong friendships.

This small island nation remains one of my favorites. Known for its stunning volcanic landscapes, it’s also one of the best places to travel on your own. Reykjavik, the world’s northernmost capital, is a small city that is easily navigated by foot. You can also take a bike or bus if you’d like to see its outskirts. Icelanders are very welcoming, helpful people who genuinely want you to enjoy their country.

“I went to Iceland solo and loved it,” says Carol Guttery of Wayfaring Views. “Iceland is known for their gender equality and while there I never once got groped, marginalized or man-splained. They have a ridiculously low crime rate and only have 128 people in jail (that is NOT a typo). I was able to get onto a tour without paying the single supplement and the independent part of my trip was made easy because most people there also speak English.”

Iceland is a common stopover for airlines like Wow Air and Icelandic Air, but I recommend staying longer. The city lays claim to vibrant street art, extraordinary cuisine, and enchanting architecture. However, if you are looking to see Iceland’s otherworldly landscapes, it’s simple to rent a car and drive the Ring Road. If you want company, many hotels and hostels offer sign-up sheets for groups to travel together. If you’re not up to the drive, there are a plethora of companies that offer outstanding tours to destinations like Jokulsarlon and the Golden Circle.

People all throughout Portugal are known to be outgoing and friendly, but Lisboans are exceptionally so. Chit-chat with strangers is common at the laundromat, in the grocery store, and at the padaria, or bakery. If people are open to conversing while running errands, just imagine how sociable they get when they’re out on the town. Nearly every Portuguese person I’ve met has quickly become a friend, and odds are that you’ll find the same.

Lisbon is fantastic to explore alone, whether you’re trying a pastel de nata, sipping vinho verde at an open-air café, or pondering Fernando Pessoa’s way with words. However, unless you’re an extreme misanthrope, chances are that you’ll find yourself discovering the city with locals. Portuguese are proud of their terra and eager to show you their culture. Catch a Fado show, try the local ginjinha, and dance the night away.

It’s Taiwan, not Thailand, and it certainly isn’t China. This island, formerly known as Formosa, is home to nearly 24 million people. Whatever you expect from it, you’ll more than likely be shown otherwise. Throughout the country, you’ll find stunning mountain ranges, pristine beaches, and bustling cities. If you’re traveling solo, start off your trip in the international city of Taipei.

While the size of Taipei can be overwhelming at first, you’ll find that it’s very easy to get around the city by foot, bus, or train. Taiwanese people are amiable and generally eager to give you directions or provide you with the best places to visit. Don’t be surprised if a local drops everything on his or her agenda and personally chauffeurs you around. Even if you don’t feel like socializing, bring your appetite. Taipei’s culinary scene is off the charts.

There are so many places to visit in the United States that it’s not even worth writing a list. However, San Francisco, California is perfect for solo travel. It’s drawn millions of tourists, from musicians like the Grateful Dead to the illustrious writers of the Beat Generation. As one of the world’s most renowned cities, it’s filled with history, diversity, and countless landmarks like the Golden Gate Bridge.

Whether you jump on one of the city’s famous cable cars, take the BART, or wander around by foot, San Francisco is effortless to travel through. Like the rest of the Bay Area, San Franciscans are always hustling, but they are always willing to help a tourist. Visit the Victorian Painted Ladies in the Haight, roll down the insanely steep Lombard Street, or munch on dim sum in Chinatown. The possibilities are endless.

After traveling throughout Mexico several times on my own, there is one city that sticks out as an exceptional destination for solo travelers. About five hours northwest of Mexico City, Guanajuato is a lively colonial town known for its mummies and for the annual Cervantino Festival. Moreover, it’s a welcoming place for expats, tourists, and university students alike.

If you’ve never been to Mexico, then you’ve been missing out on true hospitality. “Mi casa es su casa” is certainly a rule of thumb here. Wander around the maze-like hills, bursting with colorful houses, visit the Basílica Colegiata de Nuestra Señora, or peek into Diego Rivera’s home. By the end of the day, you might find yourself in a local’s home, sharing nopalitos with the family.

Known for its vineyards, jaw-dropping shorelines, and vast landscapes, South Africa’s Mother City is one of the country’s best destinations for solo travelers. Cape Town is a cosmopolitan port city filled with activities for wanderers of every age and background. With its kind locals, lively urban culture, and boundless natural surroundings, there’s no way you’re going to be lonely here.

If you’re a bibliophile, head to the opulent City Library or its renowned Book Lounge for frequent literary events. To learn more about Cape Town’s history, explore one of its many museums, such as the District Six Museum. If you’re more adventurous and came to get out of the city, you’re in luck. Go cage diving with sharks, take a tour of the peninsula, or hang out with the penguins at Boulders Beach. Whatever you do, don’t miss Table Mountain.

As a Latin Americanist, it’s difficult to choose just one destination in Central and South America for solo travel. Nevertheless, after traversing the region — from Baja California, Mexico to Patagonia, Argentina — Costa Rica was one of the easiest countries to travel through. It’s one of Latin America’s 10 safest nations, and with half a million species of fauna, it also boasts one of the world’s largest biodiversity.

Perhaps because it’s such a small country, or since there is so much to see, I can’t recommend just one place to visit in Costa Rica. Experience the pura vida in Monteverde’s rainforests, watch the Arenal Volcano’s eruptions, or immerse yourself in Cahuita’s Rastafarian-inspired culture. Whatever you do, get out of San Jose as quickly as you can. From the Pacific to the Atlantic, virtually everywhere in Costa Rica is an outdoor paradise for solo travel.

With 20 million people visiting each year, Bangkok is the most visited city in the world. That many tourists can’t be wrong. It’s not just the cheap prices, the delicious food, or its eclectic mix of tradition and modernity. As a solo traveler, you will quickly see why this is the “Land of Smiles.” Thai hospitality is alive and well in this metropolis of over eight million residents.

If you’re keen on chaos, head to Koh San Road, where you will find everything from grilled scorpion to bazaars to partying tourists. However, if you prefer more of a cultural experience, spend your time in Bangkok visiting the temples, savoring local fruits, and bargaining at the markets. Whether you decide to take a tuk-tuk, ride the metro, or simply bicycle around, just be sure to avoid rush hour.

Wherever you go in Spain, you’re likely to fall in love with its culture and people. If one nation has mastered the science of work-life balance, it’s this one. From extended lunches to ciestas to ubiquitous open-air cafes, the Spanish know how to enjoy life. As a lone visitor, you’ll find adapting to the rhythm of this culture rather pleasurable.

There are many cities worth visiting in Spain, but Seville offers a southern Andalucian hospitality that you won’t find in Barcelona or Madrid. Locals are friendly, eager to chat, and always up for tapas and a flamenco show. In this city where life happens outside, friends will find you. Sure, you should see the sites like La Giralda bell tower and the Real Alcazar palace. Nevertheless, the real attraction is the Sevillanos.

P.S. It’s worth planning a trip in the spring just to experience the Feria de Abril.

Declared Europe’s greenest city in 2016, Ljubljana is the capital of Slovenia. It’s a small Central European city with less than 300,000 residents, but still offers everything a metropolis could. While its population remains low, its geographic location makes it a common destination for international travelers passing through Italy, Croatia, and Hungary. Slovenians are some of the friendliest people around, making this City of Dragons the perfect destination for solo travel.

“Ljubljana is truly a small city that belongs on the pages of a fairy tale book,” says Patti Maghamfar of the travel blog One Road At A Time. “The historic city center is a pedestrian promenade so there is no fighting traffic to explore the quaint streets. Stroll the avenues along the river that runs through the city, visit the pink cathedral, take the funicular to the castle and hike down following the trail.”

Visit its famed medieval Ljubljana Castle, head to the rooftop terrace of the Neboticnik Skyscraper for panoramic views of the city, or go shopping at one of its weekend markets. Even if you choose to do nothing but stroll along the riverside or sit in its tranquil plazas, Ljubljana’s charms will linger within you.

Do you have any favorite places to travel alone? If you’ve wanted to travel solo, but haven’t yet, what is holding you back? We’d love to hear your story in the comments! 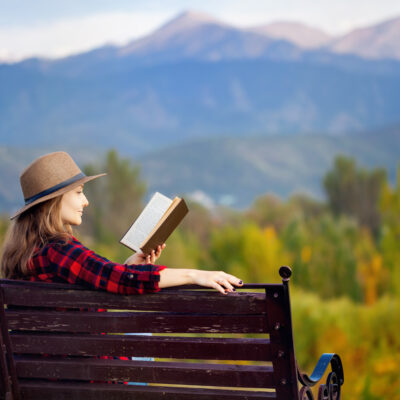 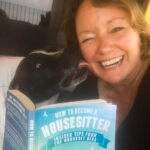 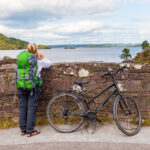 Solo TravelLessons Learned On My Journey To Becoming A Solo Traveler 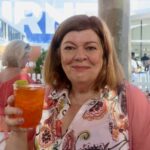