I Survived A Night At America’s Most Haunted Hotel

Perched atop a hill, the four-story stone building with purple chimneys offered an imposing welcome. A white, lattice-trimmed conservatory at one end led to an old-fashioned gazebo. The manicured yard gave way to forest as it sloped downward. We could have been arriving at a grand Victorian manor home or the setting of a Stephen King novel.

The Crescent Hotel & Spa in Eureka Springs, Arkansas, where I and several other travel journalists were about to spend the night, was neither. But it did date to Victorian times, and the stories I’d heard about its ghosts cast an eerie aura around the place.

While the 72-room hotel offers more traditional experiences such as spa services, a swimming pool and hot tub, dining, a bar with a view, and daily activities like walks, yoga, and garden and history tours, it also runs ghost tours and stages paranormal-themed shows.

On the drive to the hotel, a tourism representative told us she had once almost checked into the hotel. Her husband had surprised her with a night’s stay for their anniversary. After the evening ghost tour, he was too scared to stay. They spent their anniversary at the McDonald’s Drive Thru.

The evening ghost tour was on our agenda.

Whispers of the past

Eureka Springs was founded in 1879 and developed as a resort town after word spread about the healing powers of the area’s many mountain springs. Today, outdoor recreation activities and a charming downtown full of Victorian buildings, artists, and one-of-a-kind shops draw tourists.

The Crescent Hotel opened in 1886 as an exclusive year-round resort catering to the carriage set. It boasted a stable of a hundred horses for guests’ riding pleasure, staged afternoon tea dances, and held evening cotillions with live orchestras.

It was the spirit of comfortable, gracious, old-fashioned living, not a sense of the supernatural, that most struck me when I entered the lobby. Decorated in Victorian-era style, the atrium is lined with dark wood beams and pillars, with an ornate brick fireplace in the center, and upholstered sofas kissed by wood trim. The old-timey front desk features a caged cashier’s window at one end and wood key pigeon-holes on the back wall. Rocking chairs on the back veranda overlook views of gardens, trees and the valley below.

The spiral staircase creaked, but I encountered no ghosts or unusual sensations on my way up. My room was a mix of old and new. Victorian wallpaper, a fringed shade on the bedside lamp, a television, coffee-maker, Wi-Fi. The bathroom had modern plumbing, but a clawfoot tub and vintage tile flooring. Again, no sensation of otherworldly spirits.

At dinner in the Crystal Dining Room, the scene of those long-ago gala dances, Bill Ott, Director of Marketing and holder of a wealth of historical information, told us more about the hotel. From 1908 until 1934, it operated as a college and conservatory for “fine young ladies” during the spring, fall, and winter off-season months, and continued to operate as a hotel during the summers.

From 1937 until 1940, it was a hospital run by charlatan Norman Baker, who claimed to cure cancer. In 1940, Baker was found guilty of using the mail to defraud. When patients came to the hospital, he asked them to sign several blank pages of hotel letterhead. That allowed him to collect money even after they’d died. He filled in the letters with a request for funds and sent them to relatives who, believing their family member was still among the living, sent checks. Baker spent four years in Leavenworth Prison.

The hotel sat empty until 1946 when four Chicago businessmen re-opened it. A fire in 1967 caused major damage, and the building passed through several pairs of hands until Marty and Elise Roenigk bought it in 1997 and began to restore it to its former glory.

All those past residents and guests have supposedly left behind ghosts, from the early ballroom dancers who Bill said we might feel bump up against us, to Morris, the cat who lived in the hotel from 1973 to 1994. We learned more about other apparitions when tour director Keith Scales led our ghost walk.

We took turns holding a ghost EMF (electromagnetic field meter). There is a belief in the paranormal community that ghosts emit electromagnetic energy; EMFs can detect these supposed fluctuations. We walked only a few steps before the device began buzzing, but it turned out not to be a ghost setting it off — at least not this time. Keith told us there was a power box in the wall.

A number of the reported ghosts date to the time when Norman Baker ran the hotel as a hospital. Guests have reported seeing a mystery patient in a white nightgown and a nurse pushing a gurney bearing someone under a sheet. Many have reported the squeal of a gurney being pushed down the hall. One of the spots with supposedly high paranormal activity is the entrance to the annex, where Baker housed the patients in the greatest pain. I didn’t feel any unusual presence at this spot, but I was happy to move on.

The EMF meter went off again near room 419, Theodora’s room. Keith had no scientific explanation. Theodora was a cancer patient whose ghost has been seen fumbling for her keys outside the room. She has also been accused of tidying guests’ belongings and packing their suitcases. (Fine by me!)

We moved on and stopped at room 218, Michael’s room, the most haunted and most booked room in the hotel. Michael was a builder working on the original construction team, and something of a ladies’ man. He fell to his death from what is now room 218. He is said to play tricks with the lights and the television and to knock loudly from inside the stone walls. He particularly likes to taunt female guests.

Other notable spirits include the little girl who fell to her death from the fourth floor, a gentleman in Victorian clothing who frequents the lobby, and a female student who either fell or was pushed off a railing. Although we neither saw nor heard anything unnatural, the stories were scary enough.

The most disturbing part of the tour was the morgue, one end of the basement used to do autopsies and store dead bodies during the hotel’s hospital days. The small low-ceilinged rooms felt creepy even without ghosts. The EMT meter buzzed frantically in the center of one chamber. Whether the cause was a supernatural presence, claustrophobia, or the dinginess of the space, my discomfort increased with each passing minute. I did not volunteer to be among the those who spent a few minutes shut in the cold room, a once-refrigerated locker used to store corpses.

I worried about being able to sleep after the tour. But hearing no reports of ghosts in or near my room and being tired after a busy day, I had a good night’s sleep. I found out the next morning that was not the case for others in my group.

As we partook of the fabulous and extensive breakfast buffet, we shared our stories. A couple attributed their restless sleep to leaving the lights on. Others reported being awakened by strange sounds and sensations. As they compared notes, they learned this happened at roughly the same time — around five in the morning. Some heard a cart being wheeled down the hall. One woman heard knocking from inside her room. Another felt something like a small animal jump on her bed.

The woman who stayed in Michael’s room had the most troubling evening of all. Something woke her in the middle of the night. She checked her cell phone to see what time it was, but the phone was dead. She tried plugging it into every outlet in the room, but it would not charge in any of them. There appeared to be nothing wrong with the outlets when she tested them by plugging in the bedside lamp. The next morning, she plugged her phone into an outlet in a fellow journalist’s room and it charged without incident. Was Michael playing tricks on her, or was he protecting her sleep from being disturbed by potential work e-mails arriving in her inbox?

After breakfast, it was time to leave. Bill said goodbye to us with these words: “As my Daddy used to say, y’all take your time leaving and hurry back now.”

I think that imagination and suggestion play a big part in many of the ghost stories at Crescent Hotel, but there is also enough of the unexplained and unusual to suggest some level of supernatural activity. In spite of that, I would hurry back. Both the hotel and the town are pleasant places to be. However, I am in no hurry to stay in Michael’s room. 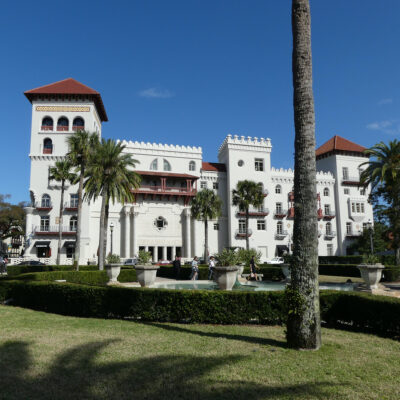 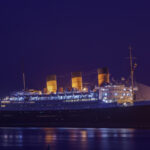 Haunted Hotels8 Haunted Houses In The U.S. That You Can Actually Stay In 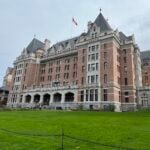 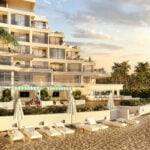