The 6 Weirdest Theme Parks On Earth

Epcot: Transylvania? Sea World in the Mojave desert? Six Flags Over Chernobyl? Okay, maybe not that weird — or at least not that kind of weird. But some of the theme parks out there are extremely strange, some in wonderful ways, some less so. But then, there’s something deeply enjoyable about dipping your toe into the bizarre, the unconventional, the macabre, even, a kind of fascination that does not attach itself to the merry-go-round or the tilt-a-whirl.

Here are 6 of the world’s weirdest theme parks. Take a walk on the wild ride…

If you’re not squeamish, a trip to Love Land could be a perfectly delightful way to pass an afternoon.

If you’re a closet comrade, Grutas Park in Lithuania — also known as Stalin World — may be the perfect day out for you. Stalin World is light on the park aspect, but heavy on the theme. And that theme is Communism.

There are 86 statues and relics from the Cold War era, a reminder of those glorious days behind the iron curtain. Whether Grutas Park is a commemoration of the ancien régime or a graveyard for it remains a matter of interpretation. Suffice it to say, charging people to see giant statues of Stalin is pretty controversial. Nevertheless, the is clearly naked condemnation of the Soviet system, as the park also contains guard towers and other touches reminiscent of a Siberian gulag.

If you’re looking for a pick-me-up, there’s also a small zoo onsite, and some swing sets for the kids!

Maybe you’re a fan of Pablo Escobar (I hope not!), or just a fan of his Netflix bio, Narcos. Either way, you’ll have a fun, surreal time at what was once his 8 square mile estate. Today, it’s a sort of waterpark-slash-zoo, perhaps inspired by Escobar’s penchant for keeping exotic animals. (At its height, the estate included not just a menagerie, but an airport, a bullring, and a go-kart track.)

If you do visit, make sure not to swim in any of the lakes nearby. Rumor has it that some of the hippopotamuses Escobar kept on his estate as pets escaped and went feral.

How would you feel about spending an afternoon simulating human smuggling? And by the way: in this scenario, you’re the cargo. It may not sound like your ideal day of the carnival, but that’s one of the attractions on offer at Parque EcoAlberto in Cajon, Mexico.

In an interactive 4-hour night time hike, guests are put through the ordeal of what it’s like to illegally cross the Mexico-U.S. border. Of course, they don’t actually take you over the border illegally; they just simulate the experience, complete with a fake ‘Coyote’ (people smuggler) to lead the group. Although the experience will surely induce empathy and compassion in those who partake, the intention is to discourage illegal border crossings.

As the name suggests, Parque EcoAlberto is also on ecologically sustainable park. Border control is really just a sideline.

Haw Par Villa is an 8.5 hectare outdoor art gallery, depicting many fascinating characters and scenes from Chinese folkloric legends. Visit the land of Vices and Virtues, the 10 Courts of Hell, and the soon-to-open Hell Museum. Think of this as a pre-party for the afterlife.

6. The Kingdom of the Little People, China

Yes, I’m afraid this is exactly what it sounds like: an entire theme park based around the idea that people with Dwarfism are hilarious and exist solely for our entertainment.

Also known as ‘Dwarf Empire’ the park features over a hundred people with dwarfism, who dress up in outlandish costumes and pretend to live in giant mushrooms. Twice daily, they put on a show for guests, usually preceded by a speech by ‘the King of the Dwarves’. The shows themselves consist of anything from hip-hop dancing to renditions of Swan Lake.

It’s hard not to feel deeply ambivalent about this park. On the one hand, it feels extremely exploitative to use people with dwarfism as a way of attracting tourist dollars. It feels so very much like a freak show. On the other hand, the owner of the park pays his performers well, and working here can actually be a real step up from the kinds of lives the actors might otherwise be leading. On the other other hand, the owner maintains a dormitory where the performers have to live, which sounds kind of like prison.

We hope you get the chance to visit some of these strange theme parks. At least we think we do… Happy trails! 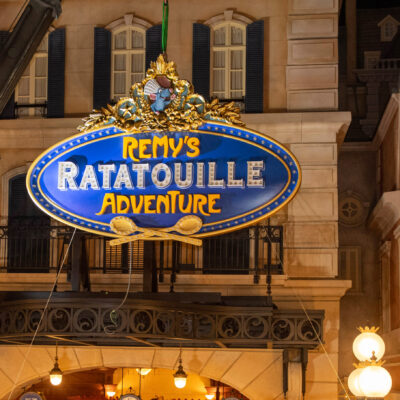