The Best (And Worst) Airlines To Fly With Pets

Taking a vacation can be the best way to escape from the pressures of everyday life, or just the stultifying rigor of routine. But that doesn’t mean you want to leave everything and everyone behind. If you have a furry friend, he or she may become anxious or depressed in your absence — and vice versa!

Taking your non-human companion with you on a trip can be a wonderful way to bond, and it can be especially comforting if you’re not traveling with other people. But it can also lead to concerns. What if they lose fido? Will she be safe and happy(ish) in her crate? Is the airline doing everything in their power to care for her?

To help you make your decision, here are three of the best airlines for traveling with your pet, and three of the worst.

WestJet is a discount Canadian airline designed to compete with larger carriers for both domestic traffic and travel in the Americas. In general, you’ll find that WestJet is less swanky than other airlines, the point being to cut costs. However, that comes with considerable savings, not least of all if you’re traveling with pets.

If you’re planning on bringing multiple furry friends along with you, WestJet is your best bet. It’s hard to beat the $50-59 you’ll pay for a carry-on kennel, or the $75-88 you’ll pay to check your kennel as luggage — especially since you’ll be paying in Canadian dollars!

Nothing is more likely to ruin your vacation than the loss of a pet. Misplacing your buddy temporarily is bad enough, but the thought of losing them forever… it’s too much to bear.

Compared to other airlines in 2017, United had a ridiculously high number of incidents involving pet passengers. According to Air Travel Consumer reports issued by the U.S. Department of Transportation, 18 animals died on United flights last year, and 13 more were injured. On one occasion, a French bulldog puppy died on a United flight after a flight attendant insisted it be kept in an overhead compartment.

In North America, WestJet is probably the most affordable pet carrier. But in the international arena, that honor likely falls to Lufthansa, the friendly German airline where flight attendants give you chocolate if your flight is delayed.

In some instances, you can bring up to two pets with you for as little as $100 — though larger breeds may cost you more. Only animals weighing less than 8 kilograms (17.6 pounds) including their crate can ride in the cabin, but Lufthansa’s cargo holds are air conditioned. They accommodate all service dogs free of charge, and, when flying into or out of the U.S., emotional support animals are also allowed.

Humans won’t suffer in Lufthansa’s care either; the airline ranks second on our list of The 10 Best Airlines Of 2018. Passengers are particularly impressed with the high calibre of service they receive.

This Icelandic airline, known for its super discount flights into that island nation, will indeed make you say, “WOW.” As in: “WOW, I can’t believe I pay people to treat me like this.”

In their defence, they’re not so much bad with animal passengers as they are unwilling to deal with them at all. There are no pets allowed on WOW Air, with the exception of service dogs. Emotional support dogs may be welcome on flights to or from the U.S., but you will need extensive documentation to prove you cannot fly without your animal.

If all this turns you off WOW Air, I wouldn’t lose sleep over it. In our ranking of The 10 Worst Airlines Of 2018, WOW was quite literally the worst. (Is it a coincidence that airlines who don’t like animals tend to be just terrible overall?)

For the diversity of critters they welcome aboard, and the comparatively low prices for which they’ll do so, Alaska Airlines may be the most pet-friendly carrier on the list.

Small pets who weigh less than 20 pounds (crate included) can travel in the cabin with their owners. These include not just dogs and cats, but rabbits and birds as well. The cost is jut $100 per trip.

But that’s not even the best part. As you may know, many airlines charge much more for animals that have to be transported in the cargo hold, making it more expensive to travel with a large dog. Alaskan Airlines does not discriminate in this manner. Whether your pet travels in the hold or stays with you as a carry-on, the same $100 fee applies. (Although the maximum weight is 150 pounds.)

The flagship carrier of the United Arab Emirates may be a famously fancy way to fly, but it’s less than felicitous for our furry friends. Neither dogs nor cats are allowed in the cabin under any circumstances; even service dogs will be checked as baggage (albeit free of charge). However, passengers are allowed to keep falcons in the cabin for a fee. Falcons.

Etihad truly is the ideal airline for crazy-rich oil Sheikhs.

We hope this advice has helped you if you’re planning a trip with your favorite little cuddle buddy. As always — happy trails! 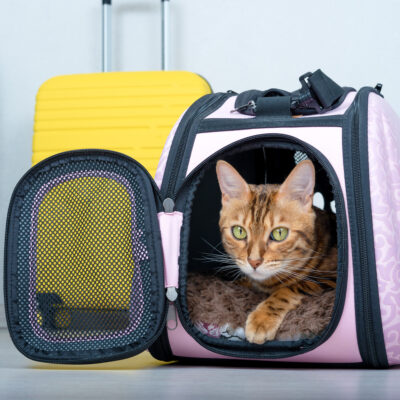 Pet-Friendly Travel7 Key Tips For Traveling With A Cat, According To A Veterinarian 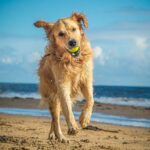 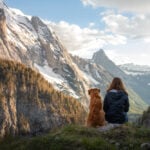 Pet-Friendly TravelPet Travel Can Be Risky, Here’s How to Have Peace Of Mind 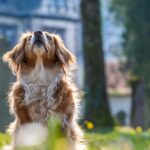