In a time few remember, Havana was a playground for American bons vivants and ne’er-do-wells. Kennedys, Sinatras, and a host of smoke-blowing good old boys from Seattle to Miami flocked to the island for a slice of forbidden fruit.

Before Fidel’s revolution overthrew the corrupt dictatorship of Fulgencio Batista, the infamous New York gangster Meyer Lansky built the Havana Rivera, inspired by Las Vegas’ Riviera Casino. In its own way, Havana was Vegas before Vegas was — a place where what happened stayed, where gangsters and movie stars and libidinous politicians could carouse, gamble, party themselves silly, far from the prying eyes and ears of the FBI.

La Revolución put an end to those days, for better and for worse. Today, Havana is like a city suspended in time. With its vibrant brick facades and avenues lined with cars from the 50s, it’s like the set of some Oliver Stone period piece.

The people of Cuba have little to spare, little tangible to show for their Revolución. The normalization of relations with the United States has been irregular and erratic — one step forward, two back. But one thing Havana does have is hospitality.

Here are 7 of the best-reviewed hotels Havana has to offer — plus a few boutique hotels, bed and breakfasts, and villas for rent.

The Parque Central is probably Havana’s best hotel overall, with its colonial architecture, French windows, and famous rooftop pool. Centrally located, it’s the ideal base of operations if you’re hoping to explore the charms of the city. You’re close to the Capitol, the Museum of Fine Arts, and the Museum of the Revolution. For more low-key nights out, you’re also only a short walk from the Floridita bar, or Casa de la Musica de Centro — a great place to go catch a band or two.

The Iberostar Parque Central is a five-star hotel. They offer WiFi, complimentary breakfast, a restaurant, air conditioning, and rides to and from the airport. Seriously: don’t miss out on that rooftop patio. You can see the whole skyline of the city while dipping your feet.

The Manzana is located just across the way from the Parque Central, and offers many of the same amenities — though it’s not as well-known. (As with its neighbor, the Manzana has a rooftop pool with a sprawling view of old Havana.)

The building which now contains the Gran Hotel was finished in 1917, a European-style shopping centre, the first of its kind on the island. Today, of course, it is a five-star hotel boasting 246 rooms.

You can expect WiFi, a breakfast buffet, air conditioning, restaurants and bars, and rides to and from the airport. The Manzana also has a cigar room, and since you’re in Cuba… it would be a shame to walk past the humidor. (If you’re at all inclined to try a cigar, Cuba is definitely the place to do it. Cubans are the undisputed masters of cigar rolling.)

Note: Unfortunately for American travelers, this hotel is on the U.S. State Department’s list of Cuban businesses citizens are forbidden to patronize. Americans should definitely consult that document before making any plans. It was issued in November 2017 as part of President Trump’s new restrictions on travel to Cuba.

Melia Habana is located in Miramar rather than downtown Havana. Miramar is a residential and business sector, close to the shore. And at Melia Habana, a view of the ocean is there for the taking. All the rooms have balconies, air conditioning, and WiFi, but you will pay extra for an oceanfront view.

The hotel has two pools if you’d rather not swim in the Caribbean. (Naturally, there’s a swim-up bar so you can wet your whistle while wetting the rest of yourelf.) There’s also a special cigar bar, though the suites themselves are nonsmoking. Melia Habana is ideal if you’re traveling to Cuba for business, as a convention center is located directly across the street.

Remember in the opening, when I mentioned that a lot of the old hotels in Havana were built and operated by American gangsters like Meyer Lansky? In 1957, Capri La Habana began its life as the pet project of Florida-based mobster Santo Trafficante, Jr. President Fulgencio Batista, Cuba’s pre-revolution strongman, gave out huge tax rebates to anyone willing to build big-time resorts on the island, and the Capri was one of the first beneficiaries.

The Capri is a 19-story high-rise with 220 rooms. It has two restaurants, three bars, a gym, and a rooftop pool (a wonderful addtion that seems to be de rigueur in high-end Cuban hotels). Although the building itself dates to the late fifties, it has recently been renovated. It is located in Vedada, in the heart of Havana, within walking distance of the Capitol, many museums, and close to the Malecón, a broad avenue and seawall that you can walk as it snakes its way along the coast. If nightlife interests you, you won’t have a problem finding it nearby.

If you’re looking for Havana’s modern side, the Melia Cohiba is a good representative. The hotel was opened in 1994, and it’s one of the relatively few structures in the capital that looks like it belongs in the 21st century. Like the Capri, the Cohiba is in Vedada, close to the Malecón and Havana’s coastline. It’s also right next to the present-day version of the Havana Rivera, Meyer Lansky’s old haunt.

The Cohiba offers the amenities you would expect from a premium hotel, including a poolside restaurant. Guests are particularly taken with the hotel’s Havana Cafe, where you can see live music almost every night.

By the way, if you’re wondering why two of the hotels on this list have ‘Melia’ in the name… Most of the hotels in Cuba are partnerships between the government and private investors. Cuba has been experimenting with capitalism on a small scale, particularly in the all-important tourism sector, and the Melia company is one of the prominent examples of this.

The Saratoga is right in the heart of Havana, across from the Capitol building and Parque de la Fraternidad. The Saratoga is also a next-door neighbor of the Museo de los Orishas. (The ‘Orishas’ are the gods of the Yoruba people in what is now Nigeria. So this is one part museum, one part religious shrine.) You couldn’t ask for a better location if your plan is to explore the city’s sacred places of memory on foot.

In addition to all the usual stuff, the Saratoga has two restaurants — an Italian joint and a more traditional Cuban eatery on its rooftop terrace. It also has a spa where you can indulge in a massage or soak in a Jacuzzi tub.

The Hotel Nacional is, in its own way, an interesting comment on the colonial past of the island. It stands on the site of the old Santa Clara Battery (you can still see some of the guns), and it was originally designed, financed, and run by Americans. The hotel is 8 stories, with 457 rooms, and an exterior done up in an unusual mixed Art Deco style. It sits on a seaside hill overlooking the harbor.

Many famous people have laid their heads here — Winston Churchill, Frank Sinatra, Nat King Cole, Rita Hayworth, Tennessee Williams, Sumner Welles, Ava Gardner. Several dozen of their rooms have been preserved and noted, and you can stay in your favorite celeb’s old suite if you like! The building has a fascinating place in Cuban history, and is kind of an attraction in its own right.

By way of amenities, the Hotel Nacional offers a beauty salon, a gym, pools, tennis courts, and several restaurants.

The Grand Packard sits at number 8 right now, but I doubt it’s going to stay there. The only reason it’s less acclaimed than some of the other establishments on this list is that it just opened its doors in September of 2018. But its slated to become arguably Havana’s premier luxury hotel before long.

The newly refurbished Grand Packard is in a colonial-style building that dates to 1911. The modern incarnation maintains the architecture and history of the original, but builds upon it. The result is a 321-suite hotel with three bars, six restaurants, a breathtaking rooftop pool (of course), and a spectacular view of the Castle Tres Reyes Magos del Morro across the river. Being in downtown Havana, you’ll also have easy access to all the historical sites and old-fashioned bars you’d care to visit.

Perhaps more than any other Havana hotel, the Grand Packard is committed to providing guests with live entertainment. If you’re looking for live music and dancing, you won’t even have to leave the hotel to find them.

Maybe staying in a hotel isn’t your thing. After all, no matter how interesting the architecture is, hotels are pretty standard. They provide you with a dose of normalcy, with their generic wallpaper, crisp white sheets, and mass-produced wall-mounted lamps. But normalcy can be boring. If you’re looking to explore more of the authentic rhythm of life in Havana, you may want to consider renting a villa like the Casa Blanca.

The house includes two bathrooms, a kitchenette, plenty of space, and a pool. It’s located in a quieter part of town, near the aforementioned Castle Tres Reyes Magos del Morro.

Maybe you don’t feel like staying at a big hotel downtown, nor do you care to rent a house all to yourself. In that case, consider the boutique hotel known as Le Petit Mistinguett. It’s a quiet, charming old guesthouse in Miramar — far enough away from central Havana to feel like a bit of a retreat, but not so far that it’s hard to get downtown.

A room at Le Petit Mistinguett means you’ll get to eat home-cooked meals in the gardens with your hosts and fellow guests. All the rooms are different, but the decor is generally reminiscent of the 1950s. That’s when the house was first built, and its owner has taken pains to preserve the art deco influences of the original structure.

Between the splendid appointments, the gardens, and the personal touches, Le Petit Mistinguett is a perfect option if you’re hoping to stay somewhere “quaint.”

The seamless blending of the past and modernity is a recurring feature of Havana and its architecture, and the Paseo 206 Boutique Hotel is no exception. Once a private home in the 1930s, it has been carefully restored to provide the amenities 21st century tourists expect in an authentic Vedado atmosphere.

Located in the heart of Havana, the Paseo 206 is a nice compromise. It’s a boutique hotel, so there are only 10 suites. You’ll have 24 hour room service and the customized service you desire. You’ll also have space to spread out — with a king size bed in each room. But you’re also in the thick of it, within walking distance of many of Havana’s must-see places. Prices are surprisingly reasonable too, starting from $149 USD per night.

That concludes our list of Havana’s best hotels. Remember: if you’re an American and you’re planning a trip to Cuba, you should check this list of companies with whom you’re forbidden to do business. It would be unfortunate to find out last minute that you’re actually breaking the law by checking into your hotel.

To learn more about restrictions on visiting Cuba, read 7 Things Americans Need To Know When Traveling To Cuba In 2018. 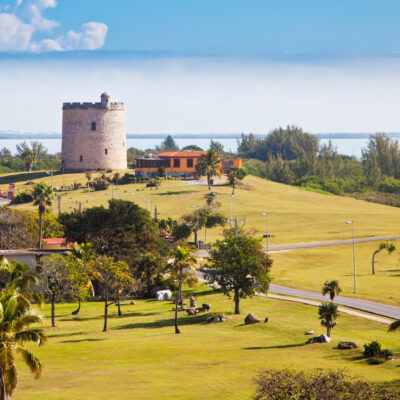 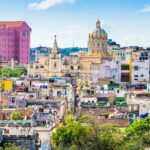 HavanaThe Best Things To See And Do In Havana, Cuba 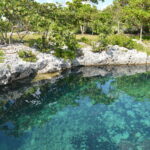 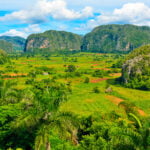