The Best Time To Travel To Hawaii

If you’re heading to Alaska or the Yukon territory, you don’t have to think too hard about when you should go. There isn’t exactly a huge delegation of tourists queuing up to tour Iceland in January. But with more tropical climates, it can be a real question.

What is the best time of year to visit Hawaii? When is it busiest? When is the weather most clement? How can you balance the two off to plan the best vacation possible?

Let’s take a look at Hawaii’s seasons and figure out the optimal time of year to schedule your luau.

Unlike most places on the mainland, Hawaii doesn’t experience the four conventional seasons. Instead, the islands go through two “weather patterns” — winter and summer. But even this is a somewhat inaccurate description, since the temperature differences between the two are pretty negligible.

Compared to the rest of the United States, the Hawaiian islands are quite close to the equator. The nearer one gets to the equator, the less the inclination of the earth affects the amount of sunlight one receives, and the less radical seasonal changes tend to be.

In Chicago, for instance, the difference between the longest and shortest days of the year is more than six hours; in Honolulu, it’s less than three. When you combine proximity to the equator with near-constant ocean breezes, you get a climate that is remarkably pleasant and consistent.

But that doesn’t mean there’s no best or worst time to visit Hawaii. Both summer and winter have their own rhythms and perturbations that can make all the difference.

One of the major differences is precipitation.

The Hawaiian word for it is ‘Hooilo’, which I think you’ll agree is more fun to say.

As elsewhere in North America, winter in Hawaii runs from November to the beginning of April. Still, the average temperature at sea level is a very agreeable 78°F. Winter is rainy season in the islands, as the trade winds pick up out of the east, bringing with them cool air, pressure systems, and storms.

However, there are many mountains, valleys, and sheltered harbors in the Hawaiian archipelago. Cool air and rain brought by the trades tend to be pushed up to higher ground. The diverse geography creates many different climactic regions, so it’s hard to generalize what the weather will be like across the whole state. But you are more likely to encounter colder, rainier weather during hooilo.

Because the trade winds tend to dominate weather in the tropics, and because they always blow east to west, that means different areas of the islands are subject to quite different weather patterns. Broadly, the east and/or southeast side of any island will take more of a beating from the winter trades, and will see more rain. So if you’re taking a winter vacation in Hawaii, you may prefer to avoid windward coastal areas. These will tend to be warmer and drier.

Sometimes the wind patterns do change, and storms can hit the islands from the west. These are called Kona storms, and they can be quite serious cyclone systems, brining hail, heavy rain, and flash flooding. There are typically two or three Kona storms every year, so staying on the leeward side of the islands is no guarantee of great weather.

Despite the fact that hooilo is the cooler and rainier of Hawaii’s two seasons, it is the most popular time of year for tourists. That’s because everyone wants to visit the tropics in December, January, and February, when the weather is worst on the mainland. You can expect to have a harder time booking flights and accommodations, and you’ll probably pay more.

Of course, you have an alternative…

In the Hawaiian language, summer is known as ‘kau’ — because they have a fun word for everything. It begins in late April or early May with a dry season, and runs through October.

As we mentioned, the dual action of the trade winds and the equator keep Hawaii’s seasons consistently lovely; average temperatures at sea level are 85°F through the kau season, with August and September the hottest months.

Summer may colloquially be known as the dry season, but its also when typhoons (AKA hurricanes) tend to rear their ugly heads in the Pacific, so… perhaps a bit of a misnomer there. Fortunately, these are fairly rare in the Hawaiian islands, though the super slow-moving Hurricane Lane just finished dumping record amounts of rain. So, no, that’s not much of a dry season.

If you’re in Hawaii to surf or swim, you should note that the surf can get a little rough along the southern shores of the islands in summer — hurricanes notwithstanding. It’s always best to keep your eye on weather and surf reports.

Finally, the trade winds wane in the summer months, so the heat and humidity can be a little much for some visitors. It all depends on your tastes and what kinds of activities interest you.

As we noted, the winter is peak tourist season in Hawaii, and for good reason. I mean, if it’s a choice between a January blizzard or a warm tropical rainstorm… I know which one I would choose.

But summer is probably the best time of the year to visit, both to avoid the crowds and to soak up the sun. In particular, the shoulder season of April-June and October-November are ideal if you can swing them. Hurricane season in the Pacific is June 1 to November 30, so if you can book a vacation in April or May, in the dry season, you’re laughing. You can minimize the chances of a typhoon raining on your parade, and escape from paying peak season prices.

We hope this helped you plan your Hawaiian adventure. Aloha! 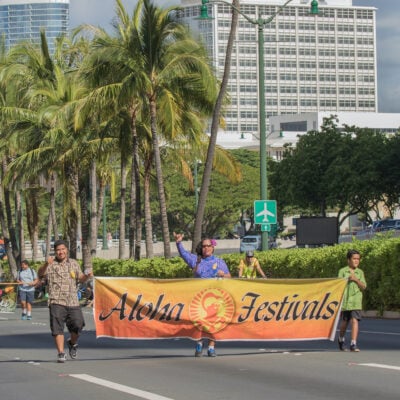 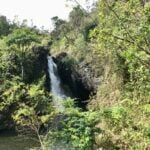 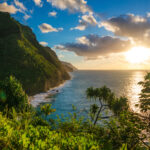