The 11 Most Dangerous Tourist Attractions

They rank among the world’s most beautiful, unique, and memorable travel destinations — and also the riskiest. From the quaint-sounding island home of killer crabs to the mountain so deadly it makes Everest look like child’s play, you won’t be able to get these 11 dangerous destinations out of your mind. But should they be on your travel bucket list?

Bikini Atoll has some of the most pristine sports fishing and lagoon diving in the world thanks to the long-term absence of humans. But that absence has been for good reason. The island is still contaminated with radioactive caesium-137, a consequence of serving as a nuclear test site in the 1940s and 1950s.

Further complicating the situation is the atoll’s remote location and limited transportation options. In 2007, a group of divers and a journalist were stranded for a week when there were no spare parts available for the broken down commuter plane that was supposed to pick them up.

As a result, Bikini Atoll’s limited land-based operations were suspended in 2008. Now visitors can only enjoy its waters from liveaboard, self-sufficient boats.

It’s one of the most dramatic landscapes on earth: a glowing volcano with a lake of lava. But the rough terrain, constant earthquake tremors, and volcanic fumes are a challenge, to put it mildly.

But first, you have to get there! A 14-kilometre uphill hike over razor-sharp, jagged lava stone in one of the hottest places on earth is what awaits you after hours of uncomfortable driving over rugged terrain. It’s a brutal, dangerous journey to see a brutal, dangerous — but stunning — natural attraction, and it shouldn’t be undertaken without strenuous preparation.

This stunningly beautiful National Park is a photographer’s dream, with colorful rock formations, incredibly clear night skies, and — on rare occasions — arguably the most beautiful wildflowers on earth. With comprehensive programming from the rangers and facilities that include a luxury lodge, swimming pool, and afternoon tea service, this wild park looks deceptively tamed.

But, sadly, every year tourists die of heat exhaustion. The hottest place on earth, Death Valley features challenging terrain, deceptive weather conditions, and remote, isolated roads and trails. If you’re planning a visit, say, a hiking trip or golfing in July, talk to the park rangers at length and exercise every precaution.

It’s not enough for there to be one valley in the world associated with death! At first glance, Russia’s Valley of Death doesn’t appear to have much in common with America’s Death Valley National Park. They’re in different countries, different climate zones, with different topography. But they’re equally intimidating and dangerous. Valley of Death has its own other-worldly, stark beauty — along with toxic gases that kill all plant life and make human visitors feel instantly unwell when they visit.

The Cliffs Of Moher, Ireland

With stunning cliffs, endless vistas over the Atlantic Ocean, and picture-perfect green fields, the Cliffs of Moher are among Ireland’s most captivating destinations. And, for cautious travellers, they’re also a safe one. Unfortunately, for some adventurers, it’s all too dangerous. The combination of high winds, slick terrain resulting from the steady Irish mist, and uneven footing is potentially deadly. Complicating the situation is a lack of barrier rails and ever-present daredevil photographers pushing the limits of safety. In any case, this is one treacherous destination where you absolutely want to stay on the path and not tempt fate for just one more photo.

On average, a staggering 100 people die at Mont Blanc each year. While that’s just a minuscule percentage of the total visitors to this popular French resort town, consider that fewer than 400 people in total have died at Mount Everest since the 1920s.

What makes Europe’s highest peak such a dangerous destination? In part, it’s the accessibility. Inexperienced climbers mistakenly believe that Mont Blanc doesn’t require the same level of intense fitness and preparation that the remote Everest commands. But even among the most experienced climbers, the deadly threat of unexpected avalanches and hidden crevices is ever present, along with unpredictable storms.

On picture-perfect Sumatra, one of the world’s most popular tourist destinations, a large threat looms. Sinabung Volcano has been busy disrupting and erupting, at least 5 times since 2010. The ash and lava have destroyed villages and threatened the travel industry, a significant source of income for the population. And its massive, deadly clouds of volcanic fumes and ash affect the entire island, a dangerous and deadly challenge for locals and tourists alike.

You are more likely to be injured by a toilet, catch a foul ball, and even give birth to conjoined twins than you are to be attacked by a shark. The threat of shark attack is usually a gross exaggeration, but not at Florida’s New Smyrna Beach. With a recorded 250 shark attacks throughout history, this pretty beach holds the record for most shark attacks per square mile. One explanation is that young bull sharks in the area aren’t mature enough to differentiate between humans and their normal prey — but it’s cold comfort to know that you’re being attacked out of ignorance and not malice! Thankfully, most attacks here do not result in death. Still, think twice before you grab your surfboard, and respect the lifeguards’ instructions.

This beautiful island, an Australian external territory, is home to some terrifying creatures which claim its shores as their territory. The gigantic robber crab, also known as the coconut crab, can grow to the size of a small dog, crack coconuts with its tremendous claws, and climb trees in search of food (they get back down to land by jumping from the trees — how’s that for horrifying when you’re out for a pleasant stroll?). There’s even a not-entirely-crazy theory that they are responsible for the death of aviation pioneer Amelia Earhart.

Tranquil Florida has two entries on this list. Eagles Nest is so intense, the thought of it alone might just scare people to death. But that doesn’t stop some avid travellers from putting it on their bucket list. What looks like a humble pond is actually a sinkhole, and one of the most dangerous, dramatic diving spots in the world. Eagles Nest is the "Mount Everest of underwater cave diving" and with dives of 300 feet, it’s not surprising that there have been at least 12 deaths since 1981.

There are no killer flying crabs, toxic volcanic fumes, or terrifying cliffs in Barcelona. Just the world’s strongest concentration of highly skilled pickpockets, according to a Tripadvisor survey. While not dangerous in the traditional sense, falling prey to a skilled pickpocket certainly puts the unprepared traveller in danger of having a miserable trip. Thankfully, an alert traveller can defend themselves against Barcelona’s sly tricksters with nothing more than a keen sense of awareness, a forward-facing bag with concealed travel pockets, and taking only the bare necessities when they’re out and about. Much easier than warding off sharks or hiking to a volcano! 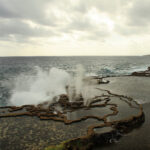 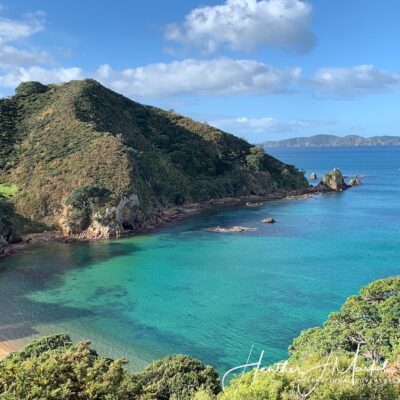 Travel TipsI Just Traveled From New Zealand To The U.S., Here’s How It Went 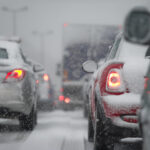 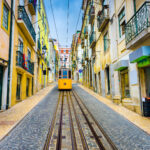 Travel Tips9 Myths Of Moving Abroad: You Can Live For Next To Nothing And Other Fairytales 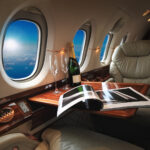