The 8 Ballparks Sports Fans Have to Visit

From state-of-the-art modern stadiums to venerable ballparks from the beginnings of the sport: America’s many baseball fields offer something for every sports fan.

The home of the San Fransisco Giants since 2000, AT&T Park benefits from modern construction and its picturesque placement along the San Francisco Bay. This popular new park features amenities aimed at the comfort and enjoyment of the 41,195 people it seats. Children can play in the pee-wee diamond behind the center field wall — which mimics a minor league training field. Keep an eye out for the giant Coca-Cola bottle and old-fashioned baseball glove hanging out above the outfield.

This 100-year old ballpark is dear to many baseball fans’ hearts. Entering Wrigley, you feel as though you are walking into the early history of America’s pastime. And although this is the second-oldest ballpark in the majors, there doesn’t seem to be much missing at Wrigley. The old-timey vibes recall the days before radar guns, designated hitters, and 3D baseball cards. And the view is hard to beat. Some say there isn’t a bad seat in the house at Wrigley, and the windy city stretches out behind the outfield seats as well, giving those in the back row a good view whichever direction they look!

At first, the home of the Philadephia Phillies was criticized for being located to far away from the heart of the City of Brotherly love, in an industrial area near the Navy and Railyards. Now, the area has blossomed into a sports megaplex, with the Philadelpiha Eagles’ home field — the Linc — and the Flyers hockey rink — theWells Fargo Center — conveniently located next door. As a bonus, the recent addition of the entertainment and dining venue Xfinity Live brings a bustling downtown ambience to go along with the athletics.

The oldest major league baseball park, Fenway is steeped in the history of the game. Opened in 1912, this ballpark has seen several renovations over the past 106 years, including the one as recently as 2017. Anyone who has walked alongside Fenway Park immediately realizes the fun that is had before, during, and after games. The entire neighborhood of Fenway-Kenmore on the southeast side of the city is an entertainment district, with a House of Blues and a dozen other bars lining Landsdowne Street on the stadium’s side. So you can definitely make a day of touring the legendary stadium and the neighborhood that surrounds it.

Many peg the Padre’s home at PetCo Park as the prettiest ballpark in baseball history. A lot of those accolades are probably due to the perennially beautiful San Diego weather, but the stadium would shine on even the cloudiest day. Spectators are treated to a vibrant city skyline, a burgeoning local brewery scene (both outside of the park and represented in ballpark vendors), and fields of grass where you can lie back and watch the game. It’s a newer stadium (opening in 2004) so it represents the best in technology and convenience as well.

The park’s exterior is reminiscent of a pueblo, with open-air walkways lined with delicious food options for every taste.

The Mets have been playing in this marvel of a modern sports stadium since 2009. While the park has all of the expected amenities of a big city major league stadium, Citifield especially shines in its food and drink options. This ballpark honors the culinary diversity of the Big Apple so well that some have claimed Citifield has the best dining of any sports stadium in the country. Spectators can chow down on Chomp Donuts, Sweet Chick chicken and waffles, Belgian frites, fuku chicken sandwiches from celebrity chef David Chang, and five separate dining concepts from Union Square hospitality, the force behind the global Shake Shake and Blue Smoke empires.

Not all fantastic ballparks are home to Major League teams. Only a few miles away, but a somewhat complicated trip is home to one of the best minor league stadiums. Located right on the beach and Coney Island boardwalk in Brooklyn, the Cyclones (A-Ball affiliate of the Mets) host their games at MCU Park. Visitors can catch a game, stroll the boardwalk, and hit up some amusement park rides, such as the world-famous Cyclone roller coaster. You can also see an outdoor concert at the new Ford Amphitheater and enjoy music along with ocean breezes. Besides grabbing a Coney Island hotdog or Brooklyn slice, visitors can enjoy an award-winning beer from Coney Island Brewing — their brewhouse and tasting room are located inside the ballpark!

And for those looking for spring training games, Ed Smith Stadium in Sarasota, Florida is considered one of the best ballparks in the country. Home of the Baltimore Orioles’ spring training camp, this stadium received a $30 million renovation in 2012 to give it major league features, such as abundant high-definition screens and seating for up to 8,000 spectators. Some of those seats are refurbished from the Orioles’ historic Camden Yards in Baltimore.

Next time you are looking for history, exciting dining, and a lot of fun, check out one of these top ballparks. You can enjoy a game, and see a city and a sport in a new light. 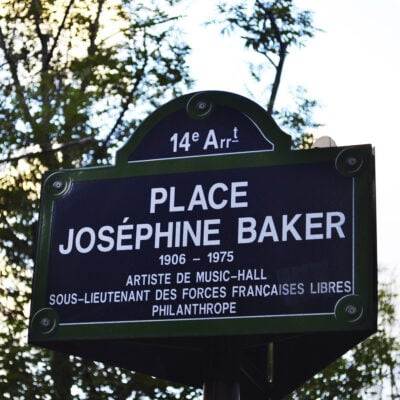