The 8 Best Restaurants In San Francisco

San Francisco has more restaurants per capita than any city in America. It’s tough to do, but we’ve singled out our favorite eateries in the Golden Gate City.

Located on Fillmore Street between Geary and O’Farrell, State Bird has the distinction of being one of San Francisco’s Michelin-starred restaurants. State Bird’s menu features a medley of NorCal-inspired dishes, from a variety of savory pancakes to guinea hen dumplings to silken tofu with carrot kimchee, all served as small plates to satisfy any palate and budget. The menu frequently changes to reflect the season, so be sure to check out their website to see what’s currently being served or to make a reservation. Plates range between $3 and $20, making for an easily customizable, unforgettable, and affordable meal.

Tadich prides itself on its extensive seafood menu featuring fresh, locally sourced fish — appropriate, given its status as the oldest restaurant in the City by the Bay. Its 75-item menu and reputation for classics like Oysters Rockefeller and seafood cioppino have made it a popular spot for local celebrities. Prices range from $30-$60, but you won’t find a better bowl of clam chowder outside of the east coast anywhere else. Reservations are highly encouraged.

3. The House of Prime Rib

Since opening its doors in 1948, this iconic restaurant in San Francisco’s upscale Nob Hill district has been dedicated to one thing, and one thing only: serving up a perfect prime rib. No frills, no pretence, just exquisite meat done to your preference, with a side of potatoes, a salad prepared tableside, creamed spinach, traditional Yorkshire pudding, and your choice of a martini or Manhattan. The menu remains unchanged from its debut, meaning that your meal is the result of decades of perfecting. Be sure to book well in advance, and bear in mind that a full meal can cost up to $60 — if you stick with only one drink, that is!

A hidden gem in San Francisco’s Noe Valley, La Ciccia combines authentic Sardinian Italian cuisine with locally sourced seafood and organic veg. Complement your seared lamb tagliata or seafood linguine with squid ink and lemon zest with a selection from their extensive Italian wine list. A three-course meal can range between $30 and $70 without wine, and be sure to make a reservation, as the restaurant books over a month in advance.

While San Francisco boasts thousands of restaurants, very few of them offer a classic, white tablecloth fine dining experience. Enter Jardiniere, a French restaurant and champagne bar, providing exquisite modern French cuisine with an American twist. From classics like duck confit to baby back ribs in tomatillo sauce, each dish is prepared from local ingredients with impeccable French technique. While on the pricey side, this romantic eatery earns its price with an intimate ambiance, expert service, and an extensive wine list that perfectly pairs with Jardiniere’s selection of cheese and desserts. Make a reservation, or stop by after 7 to the bar and lounge for an Impossible Burger and a cocktail.

Headed by one of the chefs behind Napa’s famous French Laundry, Corey Lee’s Benu is one of the few three Michelin-starred restaurants in San Francisco, with a menu fusing Korean and Chinese dishes with modern flair. With a price to match its reputation, Benu is not for casual dining, but for the ultimate date night or a particularly special meal, you want to remember for a lifetime. Put aside three hours and make some room for a parade of courses that include thousand-year-old quail eggs, lobster coral xiao long bao, and new harvest caviar, with wine, beer, and sake by the glass. The menu changes frequently, so be prepared for new and exciting tastes you may have never thought about. Be sure to make a reservation, as Benu’s glowing reputation means it books well in advance.

Like the name suggests, you can catch dinner and a movie at Foreign Cinema on San Francisco’s famous Mission Street. Serving up Mediterranean fare in a beautifully open dining area, complete with crackling fire and a nightly movie on a theatre-sized screen, Foreign Cinema is a great choice for brunch or dinner. Both menus offer a selection of flavorful Mediterranean dishes including Madras curry, Acquerello risotto, oysters from both east and west coasts, and locally sourced seafood and produce in an ever-evolving menu to reflect the seasons. Main courses vary in price between $30 and $60, but the menu also features plenty of smaller nibbles.

If you’re done with dinner and ready for dessert, head on over to the original Swensen’s Ice Cream on the corner of Union and Hyde. Considered an American icon and a San Francisco landmark since the first shop opened up in 1948, Swensen’s continues its tradition of high-quality ingredients and generous portions at affordable prices. While the interior doesn’t offer up any seating, there’s nothing more quintessentially San Francisco than a cone full of Sticky Chewy Chocolate while you stroll down Hyde street in the California sunshine, watching the legendary trolleys roll by. Just remember: in keeping with its classic origins, that Swensen’s is cash only.

Make sure to swing by one or two of these places if you’re going to San Francisco. And let us know what you thought! 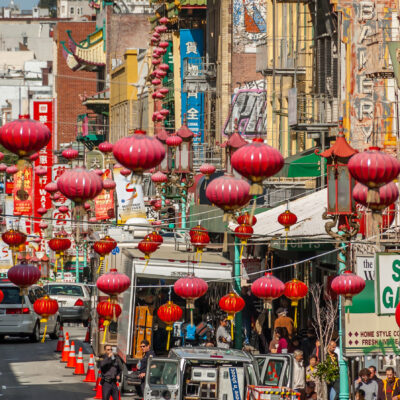 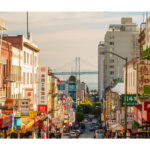 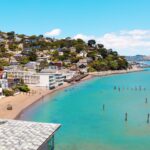 San FranciscoHow To Spend A Day In Sausalito, California 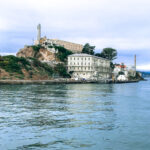 San Francisco10 Things To Know When Planning A Visit To Alcatraz