Chicago’s gritty and inspired culinary culture is in full swing in 2018. Check out 7 of the city’s most forward-thinking restaurants. A cornucopia of flavor awaits.

When it comes to cutting-edge cooking, vegetables often take a backseat to meat. Not the case at Bad Hunter. Located on Randolph Street, otherwise known as Restaurant Row, Bad Hunter is as much a thought experiment as it is food. What happens when you’re a “bad hunter,” and you can’t nab a buffalo or chicken for the life of you? You get inspired. Chef Au Cheval focuses on seasonal vegetable-based concoctions. Meat eaters should leave satisfied as well. Try the salmon crudo with chopped Marcona almonds, garlic-rice “cracklings,” and ponzu sauce. Follow it up with a dark chocolate and olive cookie that will make your mouth say ‘hallelujah!’ Average cost per plate: $18

At the other far end of the spectrum, Chicago has GT Prime. A little karmic balance in the universe never hurt a fly, but many cows gave their lives to support this restaurant. GT Prime is where meat lovers come to recover from Bad Hunter. You won’t see, smell, or taste a single bit of baked potato in this steakhouse. The menu consists almost exclusively of premium cuts of Wagyu beef, delectable lamb, and bison tenderloin. Choose between four or eight-ounce portions. You get what you pay for here: not a speck of fat remains on their perfectly cooked slices of meat paradise. Average cost per plate: 8 oz steaks — $36. 6 oz steaks — $20.

Mexique takes the fusion restaurant concept to a whole new level. It’s a collision of French and Mexican cuisine, and the result is delicious. Chef Carlos Gaytan’s restaurant is in Chicago’s West Town. One of his stand-out appetizers is the pescamal, featuring a French-style seafood mousse accented with chipotle and steamed like a tamale in a banana leaf. Gaytan tops this curious dish with a fricassee of crab meat, sauteed tomatoes, fresh thyme, and a hint of lemon. Average cost per plate: $20

If you’re looking for more standard Japanese cuisine, you won’t find it at Kitsune. Chef Iliana Regan takes traditional Midwest ingredients and paints them with the flavors of Japan. Take her okonomiyaki. It’s a pancake at its core. That is until she tops it with leek, bok choy, and savoy cabbage. Add some pickled ginger, katsuobushi (smoked tuna flakes), Kewpie mayo, okonomiyaki sauce, and call it a day. It’s a downright adventurous combination of flavors, to say the least. For those of you who really want to go all out, the delicious duck dinner is here for your indulgence. A whole duck is dry-aged for up to three weeks before spending its final moments on full display before hungry eyes. Chef Regan glazes the bird in a sweet, thickened bacon tare. The dish is rounded out with a small plate of either fried rice with hamachi or spicy spinach salad. Average cost per plate: $22

HaiSous means “two pennies” in Vietnamese. Apparently, that’s all that chef Danielle Dang had to her name when she opened the venue. It was do or die for Dang and her family. They prevailed. The Chicago foodie scene thanks her for it. Dang’s dishes feature everything under the sun from delectable soft-shell crab to quail, grilled ribeye, and fried chicken wings. Their grilled octopus sits in a reduced coconut cream base and with hints of lemongrass and lime. The atmosphere in the restaurant is a feast for the eyes. High-mounted lighting casts soft shadows on irregular birch plywood paneling for a warm and inviting feel. Average cost per plate: $22

From Top Chef winner Stephanie Izard comes the Girl & the Goat. The menu threads together a variety of meat dishes with a tantalizing spectrum of flavors. Think surf and turf to the max. Goat meatballs, oysters (wood-fired or raw), pan-roasted chicken, sashimi, and Crispy Pig Face. I’ll leave that last one up to your imagination. Izard’s creativity is on full display with a sashimi-style hiramasa fused with crisp pork belly, sliced caper berries, chili aioli, and a tickle of Meyer lemon. The best part is, it’s shockingly affordable. The highest ticket entree is the pan-roasted chicken at $18.

Swift & Sons is a long-standing Chicago steakhouse that offers a delicious surf and turf as well as the best beef Wellington you’re ever likely to have. The dish is intended for two. If 12 ounces of medium-rare tenderloin wrapped in a perfectly finished golden pastry shell doesn’t moisten your mouth, I don’t know what will. Foie gras, mushroom duxelles, and spinach are also encased within. The dish is presented on a cutting board and sliced for two at the table. Swift & Sons goes well-beyond steak. The lamb chops are also said to be to die for. The lamb rests in a roulade of lamb saddle and lamb sausage. You should find a hint of orange and nutmeg fragrance as you bite into the sausage. Mmmmm! Average cost per plate: $40.

With so many exciting food options in the great city of Chicago, you’ll need to move there to take it all in. These inspiring restaurants should serve as a mouth-watering start for your next visit. 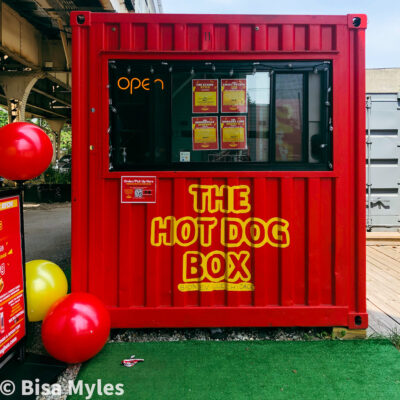 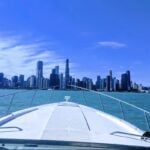 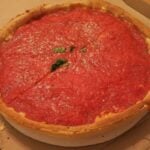