Gatlinburg may sound like a city you’d find in Denmark or Sweden, but you won’t have to travel very far to visit this interesting town as it’s located in our very own, volunteer state, Tennessee. This little town has some unusual facts in its history. Some of them may leave you scratching your head; still others may require further investigation if you decide to pay a visit!

1. Gatlinburg Was Named After the Most Hated Man in Town

It’s hard to tell fact from legend, in cases like this, but it’s clear Radford Gatlin did exactly win the love of his neighbors.

Gatlin was a newcomer to the area when he reputedly started a feud with a family called The Ogles. The Ogles were the most prominent family in White Oak Flats (the original name of the city) in the 1800s, and many of them still reside in Gatlinburg today. Radford Gatlin moved to the area in 1854 and owned a general store which had the city’s only post office inside. So residents started calling the city “Gatlinburg.”

Gatlin was ultimately chased out of town in 1859 for feuding with the Ogles and bringing petty, vindictive lawsuits against his neighbors. Apparently, his departure was not mourned by the locals.

Radford Gatlin may not have been a permanent resident, but his name sure isn’t going anywhere.

2. There Are More Fish Than People Living in Gatlinburg

Despite the city hosting over 11 million tourists every year, believe it or not, Gatlinburg only has about 4,000 permanent residents. The town is a popular tourist attraction due to its plethora of activities available for families in the nearby Smoky Mountains like skiing, whitewater rafting, hiking, golf, and fishing.

Where do the fish come in? The Ripley’s Aquarium of the Smokies is home to more than 10,000 sea creatures which means there are technically more fish than humans living in Gatlinburg full time — about 6,000 more, to be exact!

3. Gatlinburg is the 2nd Most Popular Wedding Destination

As surprising as this may seem, Gatlinburg ranks right behind Las Vegas as the most popular wedding destination in the U.S. The wedding appeal is due to the romantic mountain scenery and high volume of chapels available for happy couple to say “I do.”

4. Gatlinburg is Home to the Oldest Pancake House in Tennessee

Established in the 60s by Jim and June Gerding, the Pancake Pantry was Tennessee’s first pancake house and has been a beloved Gatlinburg tradition ever since. With a line out the door every weekend, visitors and residents can’t wait to indulge in Austrian Apple-Walnut Pancakes covered with a rich apple cider syrup, or homemade waffles and crêpes topped with real butter and whipped cream.

The Great Smoky Mountain area wasn’t always in Gatlinburg, Tennessee. The mountain range used to be part of a territory named “Franklin.” In fact, Franklin almost became America’s 14th state! After the Revolutionary War, the frontiersmen petitioned to create a new state away from the land west of North Carolina. The frontiersmen hoped that with a name like Franklin, they would sway Benjamin Franklin into taking their side. Of course, Franklin did not become a state nor did it become part of North Carolina. Instead, the territory is now known as… Gatlinburg, Tennessee.

6. The Great Smoky Mountains National Park is Free Due to a Clause

Surprisingly, the Great Smoky Mountains National Park is one of the few free National Parks in the country, and the reason for this is quite interesting. In 1934, Tennessee ceded the Great Smoky Mountains territory to the federal government, allowing it to become a National Park. However, the state of Tennessee included a clause regarding Newfound Gap Road (a road running through the Park), stating: “No toll or license fee shall ever be imposed.” The clause was included to promote interstate travel between Tennessee and North Carolina, the theory being if there were no toll, people would be more inclined to visit. To this day, there still is no toll on Newfound Gap Road, making the Park free for all to enjoy!

7. The First Cabin Built in Gatlinburg is Still Standing

The first Gatlinburg log cabin was built in 1802 and still stands to this very day. Though not in its original location, the cabin was built by William Ogle. Ogle built the cabin in the hope that he would return to his family in South Carolina, and they would travel to Gatlinburg together to start their new life. Sadly, Ogle passed away in 1803 before he could bring his family to their new home. It wasn’t until 1807 that William’s wife and seven children, along with her brother, moved to Gatlinburg to live in William’s log cabin.

8. Moonshine is Legal in Gatlinburg

Tennessee is one of the few states where moonshining is legal. In 2010 The Ole Smoky Distillery was the first licensed moonshine distillery in Tennessee, which also happened to be found in Gatlinburg. Despite this, it’s still illegal to distill moonshine without a license from the state.

There is some interesting history surrounding this small Tennessee city. Next time you’re in the Smoky Mountain Area, be sure to make a few stops in Gatlinburg to see its first log cabin, indulge in buttermilk pancakes at the Pancake Pantry, or take a tour through the Ole Smoky Distillery. 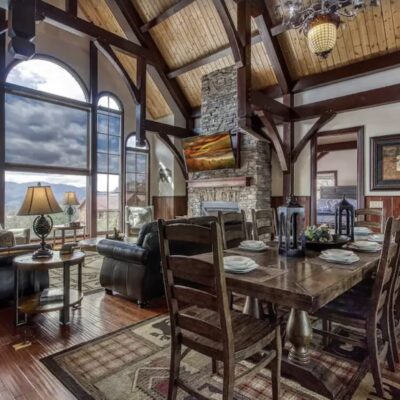 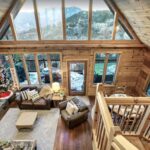 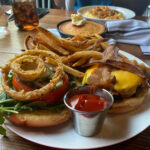 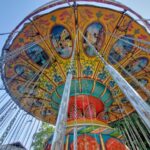