11 Surprising Things To Do In Houston

As the fourth most populous city in North America, Houston is known for some eccentric an interesting attractions. Read on to learn more about this great city, and the unusual ways you can amuse yourself there!

This museum offers a visual history of embalming, from fantasy coffins to African funeral rites. This fascinating look at the history, science and even art of observing death features a unique collection of funeral programs. The museum also has an embalming school. Macabre, but one-of-a-kind for sure.

This park features a concrete cistern that once held over 15 million gallons of drinking water for Houston residents. This 87,500 square foot space was once one of the city’s first underground reservoirs. Instead of demolishing it once the cistern was slated to be taken out of commission, the city decided to turn the area into a park. Now a quiet refuge, it the cistern is surrounded by hiking trails and grassy fields perfect for a game of catch. An entrance tunnel was added, along with some internal lighting and a railed walkway around the sides. Tickets are just $2 per person for a 30-minute docent-led tour, and you can reserve them online.

Some people treat their car like a blank canvas and forge masterpiece vehicles, inside and out. At the Art Car Museum, you’ll see car creations you’ve never even imagined. The first official art car parade in the United States took place in Houston with 40 cars participating. The city still hosts the largest such event worldwide.

This park offers a large collection of giant-sized landmarks including 26 Titanic sculptures created by Ron Lee. Other abstract constructions include a crow-man in twisted metal and a soldier made of coils of wire.

One Houston resident, John Milkovisch, loved beer more than any other. He drank a six-pack daily and saved all the cans. After he retired in the 60s, he covered the entire exterior of his house with them. He also built sculptures, windmills, mobiles, and fences with beer cans too. An estimated 39,000 beer cans cover the outside of his residence. Now that’s recycling.

This historical air museum was the only commercial terminal in the city until 1954, and continued serving the city until 1978. When it was set to be demolished, the terminal survived and slowly became an aviation museum. This striking art deco air terminal showcases the history of aeronautics in Houston, celebrated with a daily air show.

This place is part chapel, part work of art. The chapel’s interior walls are covered with immense blavk paintings by Mark Rothko, an American abstract painter. Rothko worked with several different architects to design this windowless chapel, but didn’t live to see its completion. The chapel was designed without a specific religion or denomination in mind, but as a universal place to worship and meditate. President Jimmy Carter and Nelson Mandela are among the most distinguished former guests. It is open 10 a.m. to 6 p.m. daily.

This oddities shop is full of trinkets associated with Edgar Allan Poe and Oscar Wilde. One of the strangest stores in Houston, it includes rooms of taxidermied animals and haunting works of art. Victorian pieces such as hair art and jewelry can also be found here.

This museum houses a collection of keepsakes, preserved by one man’s passion for sailing. Jim Manzolillo retired from the shipbuilding business and then sailed the world seven times. Each time he went on a voyage, he would buy model ships at different ports and bring them home. He accumulated a substantial collection over the course of his travels, and decided to open this museum to showcase it. Artifacts he found on his 95 ocean voyages can also be seen, such as coal from the Titanic, pearls, and ceramic vases. The museum is open Wednesdays and Fridays all day, and Tuesday & Thursday mornings only.

This park hosts vibrant mosaics from over 300 folk artists based in Houston. Artists used recycled materials, including glass and broken dishes, to create this beautiful and diverse evolving art project. New works are always being added. This charming outdoor gallery also has sidewalks covered with colored glass, a meditation garden, a pavilion to rest and enjoy a picnic lunch, and a memorial wall. Not a bad picnic spot at all, if you ask us.

11. Palace of the Golden Orbs

This Taoist palace was left abandoned in one of Houston’s western suburbs; its creator was deported before her plans came to fruition. Also known as the Chong Hua Sheng Mu Holy Palace, this unique building is capped with a 40-foot Epcot-style golden orb and two staircases leading to its roof. The orb was created by Kwai Fun Wong, a Chinese Taoist organization leader. She envisioned the palace as a multi-building complex with residences, daycare, worship, and even a retail. Most Houston residents do not know about this beautiful, strange work of architecture. It still stands as a place of reflection for dreamers who happen upon it. 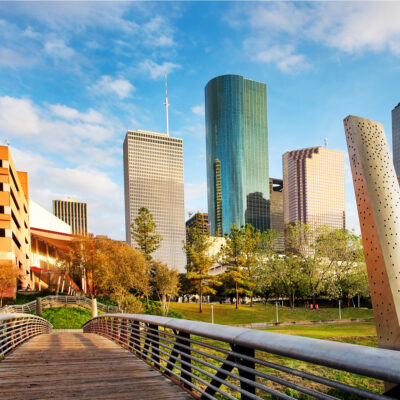 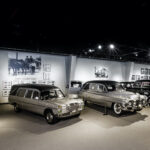 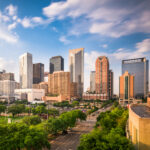