Here Are 6 Quirky Things To Do In Seattle

Seattle knows how to have a great time no matter what the weather. Rain or shine, this city will be sure to leave its mark with its eccentric charm and endless character.

No trip to Seattle is complete without getting your picture taken in front of this iconic (and sticky) landmark. Nope, not the Space Needle. It’s Seattle’s infamous gum wall — and yes, it’s exactly what it sounds like! The gum wall is located in Post Alley at Pike’s Place Market, right at the box office of Seattle’s longest running comedy club, the Market Theater. Passersby have been sticking used chewing gum to the red brick wall since 1992. Employees of the theater have tried to scrape the gum off the wall on two different occasions, only to see it return with a vengeance. I guess you can’t scrape away a tradition!

Take a trip back to 1981 at Add-A-Ball Arcade in historic downtown Fremont. Fremont is located on the bankd of the shipping canal just south of Wallingford. Head north on Westlake Avenue from South Lake Union (think Space Needle) and over the Fremont drawbridge, one of the most frequently used such structures in the country. Add-A-Ball is located in the basement of the Piece of Mind smoke shop. The best part is that the arcade doubles as a bar. Pop in a quarter and try your hand at Buck Hunter, Lethal Weapon, or Beetlejuice — just like in the good old days.

After your fingers and thumbs are tuckered out from all that pinball, you can take a stroll east past the Fremont bridge, and look for another bridge: the Aurora, home of the Fremont troll. You’ll find him nestled safely under the Aurora bridge, but don’t worry — he’s not an internet troll, or even a man dressed as a monster. The Troll was sculpted out of concrete by four local artists way back in 1990. He clutches a genuine Volkswagon Beetle in one of this grubby claws as if having snatched it from the street. He isn’t exactly a sight for sore eyes, but his funky appearance brings a touch of patented Seattle charm to what would otherwise be a bland, dead-end street beneath a city bridge.

Gas Works Park is hard to miss as you travel about the city; it’s perched prominently on a small peninsula that juts out into Lake Union. Every year on the Fourth of July, the park is packed with locals gathering to catch a view of the city’s stunning fireworks show. The park is a retired gas works plant (shocker!) that operated between 1906 and 1956. Its ominous rusted structures opened to the public in 1975, and the park has since become something of a focal point for the city. We Yoga Co., a local yoga studio based out of the University District, holds free yoga classes on the water every Wednesday in the summer months. Get your yoga on with Lake Union and the city skyline as a backdrop in Gas Works Park.

Apparently, Seattle likes pinball. For those among us who have a sweet-tooth, Ballard has its own authentic pinball experience to offer. Ballard is located in a cozy corner of Seattle just north of the shipping canal and west of Fremont. Full Tilt Ice Cream was established in 2008. The original location was situated in White Center, an area in south Seattle known more for its high crime rate than its tasy treats. Full Tilt has since opened several locations throughout the city, the coolest of which is in downtown Ballard. In addition to classy pinball, the parlor offers a generous rotation of vegan ice cream options. Even if you aren’t dairy-free, their vegan chocolate ice cream is worth trying. Try a blind taste test; you may not even be able to tell that it’s dairy-free.

Once you’re all full-up of ice cream, head south over the Ballard bridge toward downtown on Elliot Avenue. Before hitting the city, take a sharp right just south of the shipping canal towards Magnolia. At the far west end of Magnolia, you’ll find the expansive Discovery Park, an old military base that has since been converted into 11.8 miles of gorgeous, meandering walking trails. The park is covered with the left-behind buildings that once comprised the base, and the old troop housing has been renovated and sold to civilian residents who live there year-round. Their private homes sit smack in the middle of one of the country’s most breathtaking city parks. Drive or hike down to the beach and build your own driftwood fort, a popular pastime for families who visit on afternoons and weekends.

Each Seattle community has its hidden gems to offer. Reconnect with your inner child playing pinball and eating ice cream, and don’t forget to say hello to the Fremont Troll when you’re north of the canal. And remember: no trip to Seattle is complete until you plaster some chewing gum to the back of Post Alley. 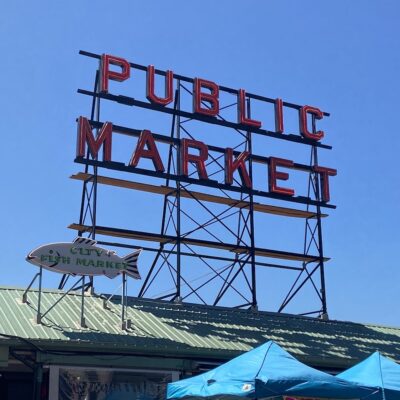 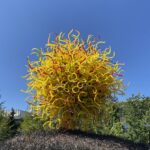 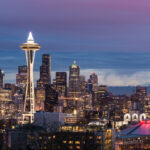 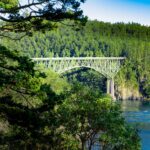