5 Great Places To Buy Antiques In The U.S.

Nearly every town in the United States has some kind of secondhand shop, but some cities are more well-endowed than others. True antique enthusiasts ought to put these places on their bucket lists.

Forget about New York City. Upstate New York, particularly along the Hudson Valley, hides a wealth of antique stores and thrift shops. Two hours away from the city, right on the Connecticut border, Millerton has made a name for itself. It’s a town renowned for its small business community and the warm, welcoming embrace of its residents, who are just as enamored with their town’s antique venues.

While you’ll find all kinds of charming spots along Main Street and beyond, the Millerton Antiques Center is the hear of it all. The expansive antique mall houses 35 artists, crafters, and dealers selling their wares. You’ll find everything from chalk painted furniture to fine art, primitive pottery, and genuine Oriental rugs.

Many small towns with a secondhand bent might lay claim to the title of ‘antiques capital of the world’ (or at least the United States). But most folks in the know agree: that honor goes to Adamstown. The entire region of Lancaster County, Pennsylvania has more antique shops than you can shake a vintage hatbox at, so it’s worth exploring the outer boundaries of the town too!

Stop by Stoudts Black Angus Antiques Mall first. Don’t stop just because of the jewelry, furniture, and vintage toys, but also because you can sample the beer brewed right at the mall and nibble on cheese and bread. The Mad Hatter Antique Mall is a hotspot due to the number of vendors offering their goods — there are more than 100.

Keep an eye on the local events calendar, too, as Adamstown periodically holds an Extravaganza, where exclusive antiques are 20 percent off. That’s nothing next to what you can find in New England, though.

New England isn’t a state, of course, but rather a collection of them — and they’re all wild about antiques. The area’s tourist trade revolves primarily around the ocean, but the lure of secondhand shopping is a close second. Practically every town in Massachusetts has at least one antique shop, for example. From Witch City Consignment in Salem to The White Elephant in Essex, the North Shore and the coast boast an overabundance of options. Expect to find a bevy of beach-related treasures, as well as old industrial pieces.

In Manchester, New Hampshire, you can attend the New Hampshire Antiques Show, an exhibition that showcases the inventory of 68 different vendors. Head to Amherst to find a random collection of well-heeled establishments offering authentic Windsor and Eames chairs, Chippendale divans, and colonial pieces, alongside smaller shops hiding treasures in tangles of junk. The stores in Milford are just as eclectic, but you’ll always uncover something to take home — even if you don’t need it.

Maine is no less blessed with vintage shops. Avoid the tourist crowds in spots like Bar Harbor and Portland by heading to historical Wiscasset, a village on Sheepscot River. If you’re into Americana, head to Water Street Antiques. But be prepared to pay for your folk art an fine art finds. Michael Dunn Antiques tends toward the higher end of the spectrum, as well; pieces from there have even ended up at the Museum of Modern Art.

Walnut’s population doesn’t come close to topping 800. But this out-of-the-way hamlet has a heck of a lot of antique shops, not to mention flea markets and malls. Not for nothing is it known as Iowa’s own Antique City. Every year, Walnut celebrates its status with an antique market that spans the entire town.

Don’t worry if you can’t make it to the party, though. You can visit the Barn Mall, a real barn, all year long. It has an entire floor devoted to antique chairs. Lovers of old tech won’t ever want to leave the Vintage Bulldog, which specializes in radios, cameras, lights, and other vintage electronics.

Of all the cities to visit down South, Charleston has one of the most impressive collections of antiques. It even has a neighborhood dedicated to vintage treasures: King Street Antique District. Whatever period of U.S. history interests you, Charleston probably has a piece from that time. However, spots such as Jacques’ Antiques and Golden & Associates Antiques also have rare artifacts and finds from abroad.

No matter where you are, there’s likely an antique store, secondhand spot, or thrift shop nearby. It’s worth it to explore, even if you’re simply scouting out pieces that you can redo on your own. In fact, you can redecorate your home on a budget or make some extra cash by refurbishing and selling your most impressive discoveries. 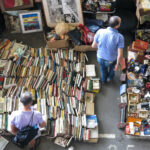 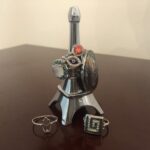 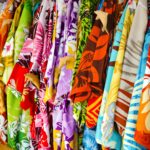 ShoppingThese Are The Best Authentic Hawaiian Gifts And Souvenirs