6 Real Life Ghost Towns And How They Got This Way

Often a draw for adventurers and treasure hunters, ghost towns retain their stories long after their last residents have moved on.

Once referred to as the “Paris of the East,” Ross Island was home to a lavish 19th-Century British settlement. During its heyday, the town featured an extravagant array of dance halls, open-air theatres, bakeries, clubs, and bungalows.

Today, its remains are slowly being reclaimed by the surrounding forest, as the roots of ficus trees crumble of its abandoned walls in slow motion. After a 1941 earthquake and a Japanese invasion brought the island’s glory days to an end, its ownership was disputed by the British and Japanese until 1979, when it was given over to the Indian Navy.

Though no longer occupied, the Island offers incredible photo opportunities for the tourists who visit it nearly every day.

A short distance from the popular destinations of Fethiye and Olu Deniz in Turkey, there lies a ghost town whose tragic history has aged it far before its years. Although the crumbling houses and streets appear wizened enough to date from ancient times, it was actually a thriving community with a huge number of Orthodox Greeks living in harmony with their Turkish neighbors until the early 1920’s.

In 1923 however, Kayaköy’s Greek residents were exiled to Crete during the Greek-Turkish population exchange which was part of the aftermath of the Greco-Turkish war. The town was largely destroyed during a massive earthquake in 1957, but today around 350 deserted homes still stand, abandoned on the hillside.

Novelist Louis de Bernières later presented a fictionalized tale based on the history of Kayaköy in his novel Birds Without Wings. Today, the remains f Kayaköy can easily be visited by bus or taxi.

Founded in 1895, Garnet was a small gold rush town named after the red semi-precious stones found in the area. According to Garnet’s official website, during the last few years of the 19th century, the town boasted “four stores, four hotels, three livery stables, two barber shops, a union hall, a school with 41 students, a butcher shop, a candy shop, a doctor’s office, an assay office, and thirteen saloons.”

After a major fire burned down much of town in 1912, most of the remaining residents fled to seek their fortunes elsewhere. After a brief revival in 1934, the town was once more deserted by 1940 after World War II called away much of the population.

Now operating under the Bureau of Land Management, the town is open to tourists who can explore its 30 historic buildings which include cabins, a saloon, and part of an old hotel. The area also offers great hiking trails, biking, and fishing.

Among the world’s creepiest ghost towns, this once bustling city in Northern Ukraine was home to nearly 50,000 people before the explosion at the nearby Chernobyl nuclear plant in 1986. Residents were forced to evacuate immediately due to the dangerously high levels of radiation unleashed by this nuclear disaster.

Over the decades, the radiation levels have gradually dropped low enough for the area to once more open itself to visitors. Here you’ll find countless caches of hastily abandoned items ranging from toys to furniture, amid the town’s many deserted schools, stores, factories, and apartments. Perhaps most chilling of all is the city’s empty amusement park; you can almost hear the ghostly laughter of the children who grew up here.

A number of guided tours are available for those curious to learn more about the history of the dead city of Pripyat.

Though it may stand empty today, Calico was very much alive during its golden years in the 1880’s. Founded as a mining town in 1881, its claim to fame was the discovery of silver nearby. Over the next 12 years, the town would become home to over 500 silver mines which would yield over $20 million in silver ore.

Unfortunately, the price of silver bottomed out during the mid-1890’s and Calico’s mining population was quick to abandon the small city and move on to more promising leads. That probably would’ve been the end of Calico’s history had it not been for Walter Knott, of Knott’s Berry Farm fame, who purchased it in the 1950’s and architecturally restored it to its former glory.

Today, the town is a registered historical landmark open to visitors. It even has a museum showcasing the history of the old west.

After the first diamond was discovered in the area in 1908, a huge diamond rush was triggered throughout German South West Africa. Over the following decades, Kolmanskop became a bustling mining town, complete with modern architecture brought over by German miners. During the early part of the 20th century, the town had hospitals, bowling alleys, and even a ballroom.

Shortly after World War I, its population began to dwindle, and by the 1940’s the town had pretty much given up all the diamonds it had to offer. Kolmanskop’s remaining residents soon moved on, and left their town to the ravages of the sand, which is knee-high in many of the town’s buildings today. While the town is open to visitors, you must make sure you have a permit, which can be obtained at the Kolmanskop entrance or at Lüderitz Safaris and Tours in the nearby town of Lüderitz.

These old ghost towns are a beautiful, eerie way to step back into history. Whether you’re interested in learning about the people who once walked these streets or you’re just looking for a unique photo opportunity, a trip to to a ghost town will leave you with stories to tell for a long time.

AustraliaReasons This Australian City Is A Must-Stop For Foodies 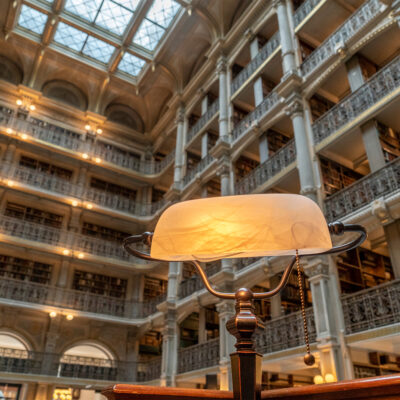