The 6 Coolest Performance Venues On Earth

From Beijing to Sydney, many countries around the world boast eye-popping (and ear-bursting) performance venues that we all dream of visiting. Here are 6 places to catch a show for your travel bucket list!

1. Opera In A Roman Theater

The Théâtre Antique d’Orange in Orange, France, features an imposing stage that measures 338 feet by 121 feet. This massive structure is carved straight into the side of a Provencial hillside. Ancient stones stand out in intricate bas-relief, bright white above the stage. Given its first century birthday, it’s understandable that the Théâtre Antique d’Orange is a UNESCO World Heritage site, but that doesn’t mean it’s retired. This ancient relic of the Roman empire remains the perfect setting for the operas hosted there, not to mention Les Chorégies d’Orange, an annual opera festival that occurs every summer.

2. The Egg In Beijing

The Egg isn’t really an egg at all, of course, but the National Centre for the Performing Arts in Beijing, China, certainly resembles one. Made of glass and titanium, the oval-shaped structur appears to float gently on the surface of the surrounding lake. However, the lake is actually man-made and offers a completely unique feature: an underwater entrance.

The center has three performance halls. The Opera Hall, which seats 2,416 audience members, hosts not just operas, but also ballets and various other dance performances. The Theatre Hall is where the Beijing Opera performs, as well as being the preferred setting for plays and dramatic productions. It seats 1,040. The Music Hall seats another 2,017 people, and it’s the home of recitals and concerts.

3. A Venue Fit For Royalty

Opened in 1871 by Queen Victoria, the Royal Albert Concert Hall was a gift from the Queen to Prince Albert, her much beloved royal consort. You can see touches of Northern Italy in the design, particularly in the red bricks and terracotta. What sets it apart from other venues in the world is the jaw-dropping frieze, which spans 800 feet and depicts a scene called “The Triumph of the Arts and Sciences.”

It’s a busy venue, too. The Royal Choral Society regularly performs here, and every summer, the BBC Sir Henry Wood Promenade Concerts, or The Proms, take up the space for eight weeks. From special effects shows to awards shows, the Royal Albert has no shortage of events on its schedule at any given time. Cirque du Soleil performs there every January, the Teenage Cancer Trust charity holds annual concerts, and several nearby colleges stage their graduation ceremonies there. That doesn’t even count the movie screenings and film premieres that occur there.

The Sydney Opera House is such an iconic sight that it’s undoubtedly one of the country/continent’s most recognizable landmarks. The designated World Heritage site is on a peninsula at a point where the Harbour Bridge makes the perfect backdrop. The fact that the shells forming the structure’s roof complement the sailboats in the harbor is no accident.

Contrary to the name, the Sydney Opera House contains several venues for a variety of different performances. The Sydney Symphony Orchestra calls the Concert Hall home — as does the Sydney Opera House Grand Organ. Both the Australian Ballet and Opera Australia perform at the Joan Sutherland Theatre. There are venues for plays, dramas, and other types of media, including a recording studio and space for parties.

5. The Sydney Of The Atlantic

That’s another name for the Auditorio de Tenerife, a venue in Santa Cruz de Tenerife in Spain’s Canary Islands. It resembles nothing so much as a gladiator’s helmet, although some folks claim that it looks more like the headpiece worn by Marvin the Martian. At any rate, the hall is sleek, clean, and sharp, a gorgeous mix of straight angles and natural curves.

From opera to jazz to world music, the Auditorio is happy to host shows of any kind. Concerts of all sorts take place there, and it’s the hub of the Orquesta Sinfónica de Tenerife. However, plays are also staged, and the Canary Islands Music Festival comes every year. In addition, the auditorium has accommodations for conventions, conferences, and even product launches, plus local commercials are often filmed onsite.

6. The Venue On The Lake

Dalhalla was carved directly out of a limestone quarry in Rättvik, Sweden. The cleverly-named venue perches just above a small lake filled with quality, potable water. Anyone lucky enough to attend a concert here can jump straight into the lake. Thanks to its position in the quarry and the steep rock walls, the acoustics are clean and free of echoes. Concertgoers can’t hope to reach their idols, though — there’s a moat between the audience and the stage.

Dalhalla only puts on shows in the summer, from June to September. Performances include choral shows, opera, jazz, and a variety of concerts from mainstream musicians. You’ll probably want to listen to performances inside of a limestone quarry for the rest of your life once you hear those resonant acoustics.

The world is full of impressive performance venues. Some of them are iconic because of their age or the stories behind them, while others captivate with their designs or sound quality. What’s the coolest concert you ever attended? 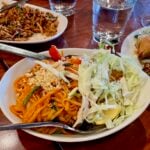 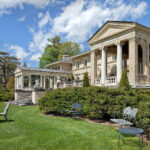 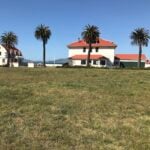 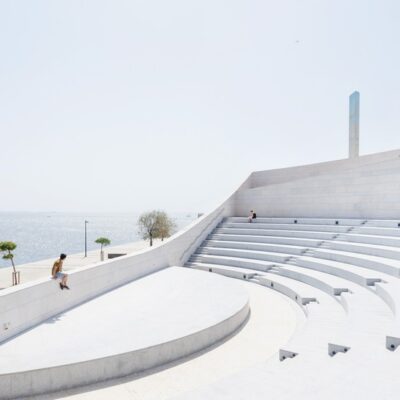