If a trip to the museum sounds like a less-than-thrilling experience for you, wait until you feast your eyes on some of the world’s strangest, most fascinating exhibitions.

Ever wonder what a mummy looks like in the (no pun intended) flesh? It turns out there’s no need to travel all the way to Egypt to find out.

The Guanajuato Mummy Museum is among the world’s most controversial attractions, as it displays the mummified remains of over 100 human bodies. Included in this rather macabre display, you’ll find murder victims, infants dressed as saints, criminals who were buried alive, and even a Spanish Inquisition victim in an Iron Maiden. Where exactly do the bodies come from?

The answer lies in the Saint Paola Cemetery, which is located next door. The cadavers in the museum are those which have been evicted from their final resting places, so to speak, mostly due to families choosing not to pay the fee needed for a 20-year lease in the crypt. Since the bodies have been sealed in airtight crypts rather than being buried, they’ve dried out over time instead of decomposing, leaving them in a mummified state.

Though not for the easily creeped out, this museum boasts over 4,000 guests a week and is defended by the government due to the fact that Mexicans celebrate death as one of the cycles of life rather than as a mere spectre of fear.

Among the many exotic and splendid cultural attractions in India’s capital city, one stands (or sits?) apart. It’s dedicated to humanity’s great equalizer: the toilet. Whether a pauper or a king, everyone looks the same while perched atop the age-old john. Here, however, you’ll discover that not all commodes are created coequal as you marvel at the gold-plated toilets of the Roman emperors and the intricately painted chamber pots of bygone centuries.

The museum, which was established with the “objective of educating and exploring historical trends in the development of toilets across the world,” is laid out in three sections which feature ancient, medieval, and modern toilets. Though it is a bit of a hilarious concept overall you won’t just be flushing your money down the drain: this museum is highly educational. It has also hosted a number of dignitaries over the years, including a Thai Princess and a Belgian Prime Minister.

3. The Museum of Bad Art: Brookline and Somerville, Massachusetts, USA

If you’ve ever taken an ill-fated painting class, don’t count out the chances of seeing your work featured in a museum just yet. Ever since 1994, Massachusetts’ Museum of Bad Art, or MOBA as it is affectionately known, has been dedicated to the mission of bringing “the worst of art to the widest of audiences.”

MOBA maintains three galleries, home to over over 600 pieces of brazenly artless art. There you can feast your eyes on collections with titles such as “In the Nood,” “Oozing My Religion,” and “Unlikely Landscape.” From disastrous figure studies to animal portraiture gone horribly wrong, MOBA is just the ticket for a boost in confidence with regard to your own dubious artistic distinction.

Though many dogs today tend to adopt a rather lax attitude when it comes to sporting the latest neckwear, a look around the Dog Collar Museum suggests this may not always have been the case. The museum is part of Leeds Castle, a 12th-century redoubt which has since come to be known as “the loveliest castle in the world.”

The collar collection features nearly 100 pieces of the most decadent canine neckwear in history. It was assembled by Irish medieval scholar John Hunt and his wife, Gertrude. You can check out collars spanning from medieval to Victorian times, many of which feature designs quite different from the nylon collars of today. Various collars you’ll see from the 15th -17th centuries were decked out in iron and covered with spikes to give their wearers added protection against local wildlife; others from the 18th century incorporated baroque leather, intricate metalwork, and velvet. Many of these more decorative collars were also inscribed with the dog owner’s coat of arms and/or quotes that held significance to the family.

Sound surprisingly up your alley? Rest assured you’re not alone, as around 500,000 dog lovers from around the world visit the museum each year.

Not only is the Kunstkamera Russia’s oldest museum, it hosts some of the strangest exhibitions in the world. It was originally founded by Peter the Great to help dispel the Russian people’s belief in monsters and allow his public to confront their fears in a safe, scientific way. Peter was, in his own way, a rationalist. A look at the Czar’s “cabinet of curiosities” however, is no sight for the faint of heart. This collection of over 200,000 oddities includes deformed human fetuses and the decapitated head of Willem Mons, who was publicly drawn and quartered for embezzling money. The real reason for Mons’ fate, however, has long rumored to be an illicit affair with Peter’s wife, Catherine.

If you’re ever in Japan and want to pay tribute to the less-than-nutritious meals that kept you alive during college, then a trip to the Momofuku Ando Instant Ramen Museum is not to be missed. Dedicated to Momofuku Ando, the creator of the instant ramen noodle, the museum offers visitors the chance to learn everything they could ever hope to learn about the world’s most settled-upon noodle. Complete with an instant noodles tunnel and exhibitions featuring the noodle throughout the ages, the museum even offers guests a chance to make their own instant chicken pasta in a bowl!

Who said a day at the museum was boring? 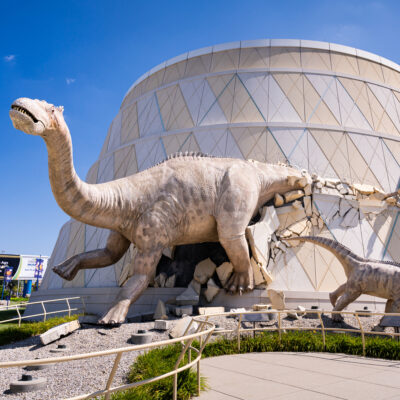 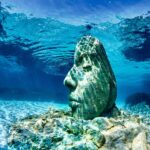 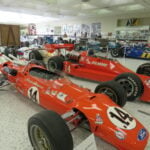 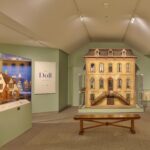