5 Nations You May Not Know Are At War

Wars go on every day around the world, bringing tragedy and destruction to many countries. What are some of the more little-known conflicts, and can you still visit the countries currently participating in them?

Ever since Partition in 1947, when the British Government divided the Indian territory into three separate countries before granting them independence, India and Pakistan have been at odds. Religious tensions between Hindu, Muslim, and Sikh populations turned the mass migration following partition into one of the bloodiest episodes in India’s history. Two other Indo-Pakistani wars followed in 1965 and 1999.

Nowadays, the countries are generally on better terms, however tensions are still high and skirmishes are still common along the border. Most of the conflict is happening in the region of Kashmir, which is claimed by both countries. Kashmir is considered the world’s most militarized zone, with both armies regularly exchanging fire. The danger is compounded by the proximity of Kashmir to Afghanistan and the potential for Islamist terrorist activity.

The valley of Kashmir is a beautiful region, with lush green mountains and traditional Buddhist culture. However, travel here is heavily discouraged. Even if you are willing to risk it, shutdowns and curfews are common, particularly in the summer, meaning you would not even be able to enjoy the region even if you tried. However, the city of Ladakh, also in the state of Jammu & Kashmir, is a popular and safe tourist destination, known for its hiking and monasteries.

Located between the Middle East and Africa, on the south coast of the Arabian peninsula, Yemen has a rich history as a place of cultural exchange. It is believed to be the home of the Biblical Sheba, and has been home to many empires and cultures since. Were tourists able to visit it, they would find countless Mosques, palaces, and fortresses to rival any other Islamic country.

However, Yemen has been locked in a bloody conflict since 2011 and is off-limits for visitors. The war began when an Arab Spring uprising led to President Abdrabbuh Mansour Hadi being invested with power. Following his failure to address a variety of national and international issues, a rebel group called the Houthi gained popularity before taking control of Yemen’s capital, Sanaa, in 2014. The Houthi represent a minority of Shia Muslims in the country, as opposed to the Sunni government, and are backed by the Iranians.

Since then, the U.S and a coalition of Gulf states led by Saudi Arabia have joined forces with Hadi’s government to execute air strikes against the rebels. Furthermore, the Islamic State has also begun carrying out attacks in the country. Last October, the U.S government began reviewing its involvement in its conflict due to large civilian casualties caused by the Saudi-backed airstrikes.

Suffice it to say, this is sadly not the best time to visit Yemen.

Nigeria is the most populous country in Africa and the seventh most populous in the world. It is a diverse place, with a population made up of over 500 co-existing ethnic groups. Its capital city, Lagos, is a booming metropolis, a center of modern African business, art, and culture. While many areas of the country are still safe and open to visitors, a large portion of it should be avoided, predominantly due to the presence of Boko Haram in the north.

Boko Haram is an Islamist militant group, which has been carrying out terrorist attacks in Nigeria since 2011, although it was the kidnapping of over two hundred young girls in 2014 that attracted most international media attention. Nowadays, the threat from Boko Haram has been somewhat contained in some areas, but the group continues to be influential in the predominantly Muslim north of the country and has pledged allegiance to Islamic State.

Also known as Burma, Myanmar has recently enjoyed a tourist boom as people are discovering this country’s extraordinary Buddhist temples and natural beauty. It is one of the best places in the world to enjoy traditional Buddhist culture, and its location between India and Thailand places it comfortably within many people’s Asian itineraries.

However, religious tensions between Buddhist and Muslim groups in Rakhine State have led to a human tragedy of massive proportions. The violence has focused on a group of Muslims called the Rohingya, who are not recognized as lawful citizens of Myanmar by the government, and who have been suffering at the hand of Buddhist nationalist groups. Though the conflict is far older, it has recently intensified, with an estimated 688,000 people being forced to relocate to Bangladesh since August 2017. Reports of killings and burnings of Rohingya villages have led the United Nations Human Rights Commissioner to describe the situation as “ethnic cleansing.”

Myanmar’s government, led by Nobel Peace Prize laureate Aung San Suu Kyi, does not appear be prioritizing these attacks, and has been accused of sympathizing with the Buddhist groups. For this reason, while visiting the country is still safe and possible in most areas, many people claim it is not currently ethical to do so.

China has also seen a religious conflict in its Xinjiang region, where a Muslim group called the Uighur have been clashing with the Han — the ethnic group that makes up most of China’s population — since the 1990s. Uighurs believe that they have been systematically discriminated against and oppressed, which has led to the rise of extremist movements and separatist groups. One of these is the East Turkestan Islamic Movement (ETIM), which is believed to have ties to Al-Qaeda. Both Al-Qaeda and ISIS have claimed support of the Uighur cause in Xinjiang.

Xinjiang is China’s largest province and a culturally fascinating one, with a long history as a stop along the Silk Road. It also contains some of the country’s most beautiful mountain and lake landscapes. It is becoming increasingly popular with tourists due to these cultural and natural attractions, as well as a modern high-speed rail service that makes travel in the region fast and convenient. There is no warning against travel in Xinjiang, but tourists are advised to be vigilant for potential terrorist activity.

Most of these conflicts are several decades old, however recent events have made them particularly dangerous. With extremist and separatist groups becoming increasingly common across the world, it is always a good idea to read up on the political climate of a destination before booking a trip and to heed any travel advice offered by your government. 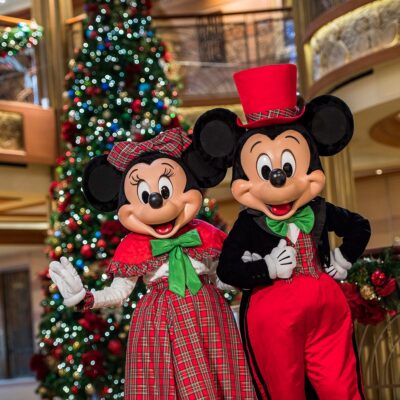 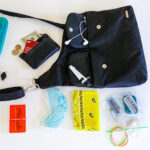 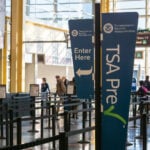