Top 6 Historical Monuments Everyone Should Visit

Almost everyone has heard of wonders of the ancient world like the pyramids and the Roman Coliseum. Here however, you’ll find everything from marvelously preserved ancient cities to acres of spectacular hand-carved temples, all just waiting to be explored.

Egypt’s Abu Simbel Temple actually consists of two huge shrines, both of which were cut into a massive clif facef during the reign of King Ramses II around 1200 BC. One is dedicated to King Ramses II himself, while the other stands in honor of his beloved Queen Nefertari. Both the entrance and interior of the temple are decked with intricately carved artworks – colossal statues, scenes from the Pharoah’s war victories, and images of the royal couple paying homage to their gods. The nearby Nefertari Hotel Abu Simbel is a great choice for close accommodation, as it’s considered to be within walking distance for most guests. Many Nile river cruises also include stops at this breathtaking monument.

If you thought Greece was packed full of ancient history, wait until you see the Ajanta Ellora caves of Northern Maharashtra, India. This site, which is located near the city of Aurangabad, allows guests access to over 30 rock-cut cave temples dedicated to the Buddhist, Hindu, and Jain faiths. Historians estimate that the oldest temples date back to the 2nd century BC, while the youngest are thought to have been carved sometime between 480-650 AD.

Among the most impressive of the intricately hand-chiseled temples is Kailasa Temple, which is the largest monolithic structure in the world, covering twice the area of Greece’s Parthenon. A treasure trove of Indian history, the caves feature multi-level buildings, stunning carvings, and ancient paintings that are not to be missed.

About half an hour’s drive from Göreme, Turkey, lies a city unlike any other. Not only does this particular site date back to the 7th and 8th centuries AD, it also exists over 200 feet underground. The Derinkuyu underground city features a vast network of rooms, including stables, family rooms, kitchens, wineries, communal areas, and churches large enough to shelter around 20,000 inhabitants and their livestock. Though probably not meant for continuous occupancy, the city is thought to have been a brilliant redoubt, a shelter from the attacks of its’ builders rival tribes. Though there are roughly 600 doors that lead down into the city, sticking to the guided tour route is highly recommended!

Though the ruins of Tikal in Guatemala’s Tikal National Park may not get as much hype as Machu Picchu, they are by no means less mesmerizing. Declared a UNESCO world heritage site in 1979, the ancient city served as the capital of one of the most powerful kingdoms of the ancient Mayan civilization. While some of the city’s oldest architecture dates back to the 4th century BC, historians estimate that the city reached its peak between the 3rd-10th centuries AD. The limestone ruins feature everything from huge temples and royal palaces to pyramids, residences, and ancient stone monuments.

If you’ve ever wondered what it was like to walk the streets of ancient Rome, then the city of Herculaneum, which lies on the outskirts of Naples, Italy may be just the ticket for your next travel adventure. While smaller and less famous than its sister city of Pompeii, Herculaneum was destroyed by the same volcanic eruption in 79 AD. Due to its close proximity to Mt. Vesuvius, Herculaneum was encased by the first flow of molten lava, ash, and mud from the erupting volcano. Though killing the town’s nearly 6,000 people instantly, the eruption also left the entire city in a natural, airtight seal that preserved it for centuries. Unlike Pompeii, Herculaneum still stands remarkably well intact, complete with all but very few artifacts still in their original places. Many of the city’s buildings and multi-story homes still stand complete with doors, staircases, furniture, and gorgeous artwork. Though much better preserved than Pompeii, Herculaneum also tends to be less crowded, which makes it an even more desirable destination for many visitors.

Boasting more than 2,000 glittering temples and 16 square miles of ruins, the ancient Burmese capital of Bagan (formerly Pagan) is a hidden gem that many visitors find it hard to believe isn’t far more famous than it currently is. The archaic city lies tucked away in the Mandalay Division of Myanmar, and features extraordinary architecture from the 11th-13th century AD. Though once among the greatest cities in Southeast Asia, Bagan was mysteriously abandoned towards the close of the 13th century, possibly due to a Mongol invasion. Today the city’s fascinating history can be explored by car, bicycle, or even horse cart. Many travelers, however, prefer to take in the ancient skyline by hot-air balloon, with early October to the end of March being considered “balloon season.”

If you’ve already seen the pyramids or just want to have a unique vacation to brag about to your coworkers, these lesser-known locations around the globe won’t disappoint! 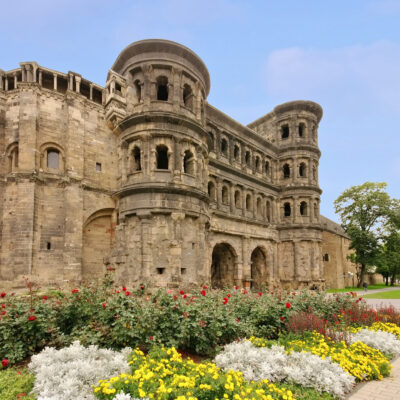 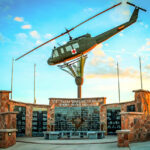