6 Things to Do When You Don’t Speak The Language

Some tourist destinations accommodate English speakers with signs, guides, or locals adopting English as a second language. But if you’re in a place where English speakers are few and far between, there are some things you can do to make yourself understood.

It can be overwhelming to set foot in a new country and be surrounded by a language with which we’re totally unfamiliar. In such a situation, we often forget that the supermajority of communication is nonverbal.

It’s easy to underestimate the significance of body language, but we all speak it, and much of it is universally understood. If you need to figure out where to go and don’t know how to ask a local, why not try pointing at a spot on a map? Pointing also works great when you don’t know how to order a specific item in a restaurant.

It might not seem like the most distinguished way of reaching out, but sometimes the simplest methods work the best, and hand gestures can be extremely helpful in getting around language barriers!

2. Map Out Your Destination

Asking for directions is usually one of the most painstaking processes when you’re lost and don’t speak the language. Reading signs isn’t easy when they’re not in your native tongue, and guessing might get you more lost than just staying out. Being prepared can eliminate the problem altogether.

Technology has been a huge boon to travelers, and it can help in this area as well. You might not have internet when you’re out of the hotel, or even for the entirety of your trip, but if you get ahead of the game by downloading maps on your phone in advance so that you can use them offline, you’ll have a much easier time getting around!

Before you even start your travels, do yourself a favor and download the map for the country you’re visiting. (Ask someone to help if you aren’t sure how.) It might not solve all of your directional challenges, but it will make it so you never feel truly lost.

You likely won’t be able to learn an entirely new language in time for your next trip, but you can make it easier for yourself by downloading a translator app on your phone. (Again… If you’re not sure how, this is what kids and grandkids are for!)

Apps like Google Translate aren’t perfect, but they are great for short phrases that you might have trouble remembering. It’s basically a modern-day phrasebook, and they can be made even more accurate by using them in tandem with a literal phrasebook.

Again, this solution requires preparation! You might not have cell service on your journey, so download the app in advance along with the language pack for offline translation. On your flight, start checking out some phrases you’ll likely use frequently like, “Thank you,” or “Where is the bathroom?”

4. Travel With Friends That Speak The Same Language

Being alone in a new environment with a new language can be intimidating, so if you’re nervous at the thought of this, then take advantage of a traveling partner who speaks the same language as you.

Not only will it eliminate any potential loneliness, it’ll also give you a partner to laugh with about any accidental faux pas you might commit.

If you don’t have a partner to travel with, you’ll likely find that there’s at least somewhat of an English presence wherever you travel, so you’ll never be completely stranded. English is the third-most spoken language in the world, after all!

A great way to get acclimated to a new culture where you don’t speak the language is to book a tour early in your trip.

Most destinations offer English-guided tours with all of the details already taken care of, and since your guide will likely speak both English and the local language, they’ll probably be able to give you some valuable insight and tips that you can use for the rest of your trip.

6. Learn From Others’ Mistakes

An effective way to ease your nerves about not speaking a language is to read about other people’s experiences in the country that you’re considering traveling to.

If the language barrier is a big concern for you, check out information and reviews on the internet and see what people are saying about the ease of getting around without knowing the language. You’ll likely find that it’s easier than you think, but in the rare instance that you don’t feel it’s a good fit, at least you’ll know before you fork over your hard-earned money!

Some destinations are definitely more geared towards tourists that don’t speak the local dialect, so you can handpick your trips based on your personal comfort level.

Of course, at the end of the day, one of the most exhilarating parts of traveling is being immerse in a new culture, new people, and yes, even a new language. 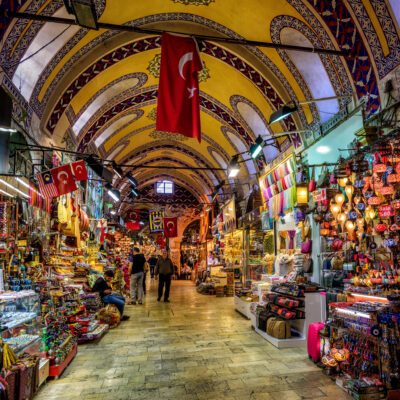 EtiquetteEtiquette In The Middle East: 8 Things To Know 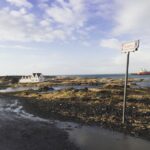 Etiquette7 Famous Places Most Of Us Mispronounce 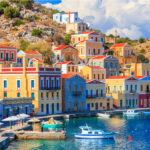 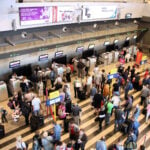